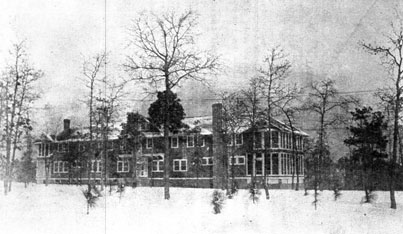 Samarcand Manor, officially the State Home and Industrial School for Girls, was a correctional institution for young women established near Eagle Springs in Moore County by the North Carolina state legislature in 1918. Samarcand Manor was closed in 2011. The reported purpose of the school was to reclaim and train delinquent girls by providing a "homelike place where those who have fallen may find temporary shelter, and under a firm yet kind discipline, begin to live morally." The school, built on 230 acres in Samarcand (named for the historic city of Samarkand), was one of the first institutions of its type in the South and was established as the female equivalent of Stonewall Jackson Training School, located in Cabarrus County. The original attendees were young girls or women who had been convicted of being prostitutes, vagrants, or habitual drunkards or who were found guilty of any misdemeanor suggesting that they were "not virtuous." The institution also housed girls who had committed no crimes. There were no definite terms, but the residents could not be held more than three years. How long someone would be kept at the institution was at the discretion of Samarcand's Board of Managers. 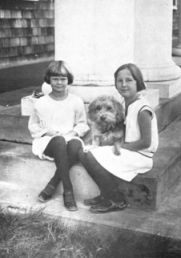 Agnes B. MacNaughton became Samarcand's first superintendent, and by 1919 more than 200 women between the ages of 10 and 30 had arrived. In the 1920s the daily program emphasized Bible study, manners, cleanliness, music, nature, and sports in addition to the regular academic subjects. There was also vocational training in sewing, weaving, canning, laundry work, and poultry and dairying activities. The program stressed self-reliance and pride in one's work. Between 1928 and 1930 a total of 296 girls were admitted, most between the ages of 12 and 16. By 1930 Samarcand had a hospital and an accredited high school.

In 1931, Samarcand made national headlines. Sixteen residents of Samarcand set fire to two dorms -- Chamberlain and Bickett Halls -- and were charged with arson, then a capital crime. While awaiting trial, the girls burned their jail cells. Eight of the 12 involved were eventually sent to prison. Samarcand survived this notorious 1931 incident and other difficulties but was unable to withstand the financial strains of the Great Depression and the loss of staff during World War II.

In 1974 the state changed the name of the institution to Samarcand Manor and placed it under the purview of the North Carolina Department of Human Resources, Youth Division. Samarcand became one of five state training schools designed to rehabilitate delinquent children (both male and female) between the ages of 10 and 17. The school shifted its emphasis to treatment and therapy.

In the early 2000s Samarcand had approximately 190 residents (40 females and 150 males) and 210 staff members. In 2002, Samarcand Manor was again limited to housing female residents. So it was until the institution was closed in 2011. The property was repurposed as Samarcand Training Academy, a training site for corrections and law enforcement officers, which opened in 2015. 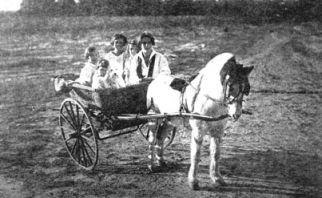