What do you think are the top inventions of all time?  What technologies or inventions are the most important for your daily lives? Many people would say that the automobile is one of the greatest and most important inventions in human history.

The automobile changed many things in the United States. These included changes for industry and technology and everyday life. Automobile manufacturing became one the first industries to use the assembly line. The automobile gave people more personal freedom and access to jobs and services. It led to development of better roads and transportation. Industries and new jobs developed to supply the demand for automobile parts and fuel. These included petroleum and gasoline, rubber, and then plastics. Services like gas stations and convenience stores sprang up.

The automobile gave people access to jobs, places to live, and services. It also contributed to the rise of leisure activities. And with leisure came new services. These included motels, hotels, amusement parks and other recreation, restaurants and fast food. The automobile also brought new laws and government requirements. These included safety features like seatbelts, highway rules, and drivers' licenses. The automobile also brought harm to the environment. Exhaust from gas-burning cars brought pollution. And undeveloped land was used to build highways and related industries. 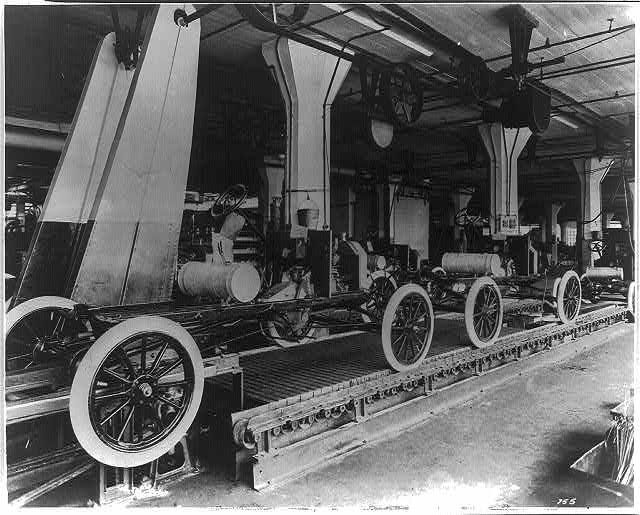 Henry Ford and His Model T: A basic car for everyone made more efficiently

History credits Karl Benz, a German engineer, with inventing the automobile around 1885. Benz was a German engineer. Other inventors and engineers followed with their own designs. From the 1880s to about 1910, automobiles were mostly for the wealthy. They were made by hand. And they were often customized for the buyer.

Henry Ford was a businessman and engineer. He came after Karl Benz, and he revolutionized the way cars were made. And this had a big impact on society. Ford realized that if he could use the assembly line to produce one model of car with basic features, he could turn cars out faster and with less cost. And that would mean that more people would be able to afford an automobile.

Ford applied his idea to build an inexpensive and affordable car. He called it the Model T. The Ford Motor Company made the Model T from 1908 to 1927. Ford realized that if he could make manufacturing cars more efficient, he could sell more. And he could reduce the price. He was absolutely right! Ford didn’t come up with the assembly line idea. But he made it more efficient. And by making all cars exactly the same, his factories were able to turn out more cars than his competitors. Between 1913 and 1927, Ford's factories made more than 15 million Model T’s. The first Model T’s took about 12 hours to make. By 1914, it only took about an hour and a half to make a car. That’s a huge difference! And by 1925, the company made about 10,000 cars each day. And as manufacturing became more efficient, the price went down. The first Model T’s cost $825. By 1925, they were selling for $260.

During the same time, North Carolina got its own Ford factory. Ford began assembling cars in Charlotte in 1914. And in 1924, they built a new plant in the city. It was the largest automobile factory in the South. It operated there until 1932, when it closed during the Great Depression.

The automobile changed American society and the lives of women 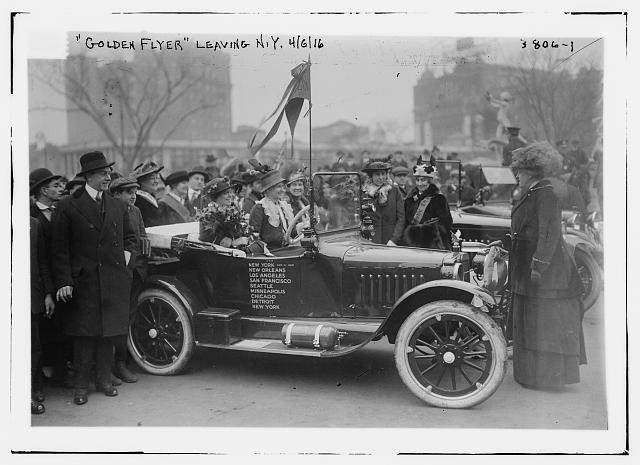 During the first decades of the 20th century, the middle class was growing in the U.S. And more people could afford to buy a car. The car changed American society in many ways. People had more freedom and more free time. And they were able to do more things in their leisure time. People living in urban areas could escape to the countryside. And people living in the countryside could visit urban areas.

More cars on the road also helped in the development of paved highways. And along with more cars and better roads came the suburbs. Suburbs are communities that develop around cities. And by 1920, there were more than 5 million cars in America.

At the same time, the world was changing in other ways. World War I began in 1914. And just a few years later the U.S. entered the war. Women's lives were also changing during that time. And the automobile was part of it. The car gave women more freedom than ever before to get out and see the world around them. And when men went off to war in 1917, women back home in the U.S. had to assume many of their traditional roles. Many had to find jobs and some worked in factories. And more women began driving cars with men away at war.

In the 1910s and 1920s, women and men were also actively trying to change the law so that women could vote. You might be surprised to learn that women didn’t always have the legal freedom to vote. And most also didn't have the personal freedom or money to drive. After more than 50 years of struggle to earn that right, the U.S. Congress passed the 19th Amendment in 1920.

And the automobile helped them do that. Women drove around with “votes for women” banners and even gave speeches from their cars. In 1916 two women -- Nell Richardson and Alice Burke -- made a pretty bold car trip across the country. They set out alone to advocate for women's right to vote. They decorated their car with messages of “votes for women”.  It was still pretty unusual to see women driving cars, but by doing this they demonstrated their strength and identity.

Automobiles today and in the future

Here are some questions to think about and to try to answer: