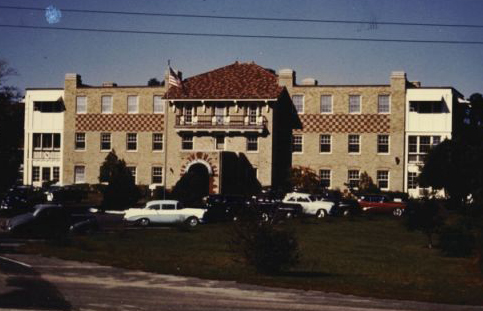 The Babies Hospital was a seaside pediatric institution that operated in New Hanover County from 1920 until 1978. Medical professionals had long proclaimed the benefits of ocean breezes for childhood ailments and had often instructed parents to take their sick children or infants on a trip aboard the daily steamer from Wilmington to Southport to take advantage of the air's curative powers. Acting on such beliefs, Wilmington physician J. Buren Sidbury in 1920 opened the Babies Hospital on the sound just across from Wrightsville Beach overlooking the modern Intracoastal Waterway. In his appeals for contributions, Sidbury, believed to be only the second doctor in the state to specialize in pediatrics, cited the success of similar resort hospitals in Virginia Beach, Va., and Atlantic Beach, N.J. Until Duke Hospital opened in Durham in 1930, Sidbury's hospital was the only pediatric care facility in North Carolina.

In its 58-year history, the Babies Hospital never received public funds. The original cottage housing the facility burned in 1927 (with no loss of life or injuries) and was replaced the next year by a fireproof structure directly across the road. The new building featured 22 rooms, a spacious ward, and a roof garden with high walls for sunning. Through 1939 the hospital was open only during the summer months. From 1942 to 1967 the Babies Hospital conducted a nurses' training program where senior student nurses statewide received three months of pediatric training. Pediatric supervisors throughout North Carolina and South Carolina were also trained there. Although the hospital served primarily the eastern parts of North Carolina and South Carolina, it was not unusual for patients to be referred from other East Coast states.

In 1954 a third floor was added to the building, in 1955 a nurses' dormitory was built, and in 1962 a pediatric research center was completed (since used by UNC-Wilmington for marine biomedical research). Patient use of the Babies Hospital peaked in 1967. In 1978 the board of directors closed the facility, as progress in the treatment of children's diseases had made its traditional sea-breeze therapy obsolete. The 1928 structure was subsequently leased for commercial office space.

"Photograph of the front facade of the Babies Hospital, Wrightsville Beach." Image courtesy of the Historical Society of the Lower Cape Fear, accession #: 83.476,1. Available from http://hslcf.org/cgi-bin/search.pl?field=subject&query=Hospitals--Wilmington%2C%20NC (accessed July 6, 2012).