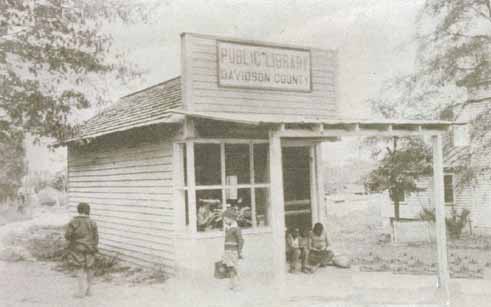 Eugene Morehead Armfield, writer, teacher, and translator, was born in Thomasville, the son of Jesse L. Armfield, first cashier of the Bank of Thomasville, and Dion Griffith Armfield, whose parents for many years operated the Thomasville Hotel. After high school, Armfield attended Culver Military Academy, Culver, Ind., for two years and then came home to enter The University of North Carolina. His major was French and the romance languages, and as an undergraduate instructor during his senior year he taught several classes in French. After being graduated with the class of 1925, he went to Harvard for further study, with the intention of becoming a teacher of languages. He earned his master's degree the following year and at this point went to France to study for a time at the Sorbonne. While there, he had a hand in compiling two textbooks that found limited use in the study of the French language.

Armfield returned to Harvard, where he continued and completed the academic work for the doctorate except for the required dissertation. His enthusiasm for a teaching career was, in fact, beginning to wane and was being superseded by a strong urge to write. Leaving Harvard, he secured a position with Publishers' Weekly in New York City, where, as an associate editor, he had ample opportunity to write articles on books, authors, and related topics. Dozens of his short stories were published in the little magazines of the time, and one published in Henry Mencken's American Mercury gave him his first national audience.

Soon thereafter, Story Magazine published Armfield's "Little Acorns," a tale of life in a military school stemming from his experiences at Culver Military Academy. This narrative contained elements of excellence that attracted the attention of editors, making it easier for him to find a publisher for his first (and only) novel, half finished at the time. Where the Weak Grow Strong was published by Covoci Friede in 1936. In it Armfield described a series of incidents in a small southern town in the fall of 1912, allowing the reader to peer behind the window curtains and between the sheets of families in social strata ranging from the factory environment to the most exalted social level. That the locale was his native Thomasville was shortly made manifest by anguished cries of outrage from his fellow townspeople. The identification of characters in Where the Weak Grow Strong with a number of Thomasville families was evidently not difficult.

Eugene Armfield was never married, but he found considerable time to give attention to women. Not actually estranged from his family, he nevertheless went his own way and maintained a lifestyle foreign to the conventional ways of his southern kin. At the time of his death, he was living with a devoted woman of some means on Long Island, and there he was buried.

Eugene Morehead Armfield, Where the Weak Grow Strong (1936) in WorldCat.

Thomasville is Armfield's hometown and setting for his first and only novel. Image courtesy of the University of North Carolina. Available from http://ils.unc.edu/nclibs/davidson/Thomasville%20Library%20Timeline_files/Highland%20Streeta.jpg (accessed January 28, 2013).