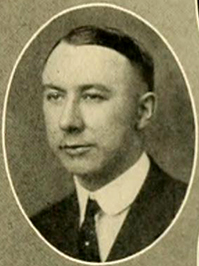 James Cannon, III, clergyman and theological educator, was born the son of Bishop James, Jr., and Lois Virginia Bennett Cannon in Farmville, Va. His secondary education was completed at Webb School, Bell Buckle, Tenn., in 1910. He graduated from Trinity College (now Duke University) with a B.A. degree in 1914; from Princeton University, Princeton, N.J., with an M.A. in 1917; and from Princeton Theological Seminary with a Bachelor of Theology and Master of Theology in 1925. He studied at New College, Edinburgh, Scotland, in 1919 and at Garrett Biblical Institute, Evanston, III., between 1924 and 1927. He was awarded honorary degrees by Birmingham-Southern, Birmingham, Ala. (D.D., 1934), and by Kentucky Wesleyan College, Owensboro, Ky. (LL.D., 1936).

Cannon was editor of the Richmond Virginian and business manager of the Christian Advocate in 1914–15. Following his graduation from Princeton, he was an army YMCA worker in the United States, France, and Italy in 1917–18. He was ordained in the Methodist Episcopal Church, South, in 1917 and served as a chaplain, first lieutenant, AEF, in 1918–19. He received France's Croix de Guerre while senior chaplain, First Division.

Cannon returned to Trinity College in 1919 as assistant professor of biblical literature and Christian missions, becoming professor of the history of religion and missions in the School of Religion (now Divinity School) of Duke University in 1926. He was dean of the Duke University Divinity School from 1951 to 1958 and dean emeritus from 1958 to 1960. He was a member of Sigma Chi, Professors of Missions in Eastern Universities (president, 1941), and Phi Beta Kappa (chairman, South Atlantic District, in 1952; secretary of the Duke chapter from 1953 to 1960; and South Atlantic District senator from 1953 to 1960).

Cannon was the author of History of Southern Methodist Missions (1926) and (with H.E. Spence) A Guide to the Study of the English Bible (1926); he served as advisory editor of The Muslim World (1947–55). He was a scholarly and popular pulpiteer and lecturer, an astute teacher and counselor to college students, a respected and efficient theological education administrator, and a highly effective leader in the councils of his church.

He was married 22 Dec. 1920 to Margaret Wagner Few; they had two sons, James (deceased in his youth) and Walter Few. Cannon died in Durham, with interment in Maplewood Cemetery.