Mary Channing Coleman, educator, was born near South Boston, Va. Her grandfathers were Ethelbert Algernon Coleman, a physician and planter, and Frederick 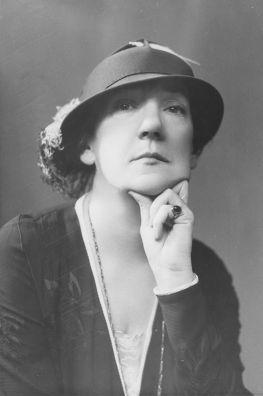 University of Virginia. Her father was John Mabrey Coleman and her mother, Evelyn Byrd Page. She grew up in the town of South Boston and at age fifteen entered the state Female Normal School of Farmville, Va. On completing the two-year teacher's course, she taught two years at the one-room Birch School near South Boston. In 1902 she moved to New York City, where she was employed until 1908 as a secretary and later as an office assistant to Dr. Walter Truslow, an orthopedic surgeon. Truslow encouraged her to continue her college training.

In 1908 she entered the Boston Normal School of Gymnastics, where she was much influenced by Amy Morris Homans, the school's director and a pioneer in American women's physical education. The BNSG became affiliated with Wellesley College in 1909, and Mary Coleman finished her two-year course at Wellesley. After completion of this training, she was head of the department of physical education at Winthrop College, Rock Hill, S.C., from 1910 to 1913; supervisor of the public schools of Detroit, Mich., from 1913 to 1916; teaching assistant in the Practical Arts School, Columbia University, 1916–17; and head of the physical education department at Margaret Morrison College of the Carnegie Institute of Technology, Pittsburgh, Pa., from 1917 to 1920. In 1917 she received the B.S. degree from Teachers College, Columbia University.

During her years at the Woman's College, Mary Channing Coleman was active and also highly respected in the organizations of her profession. She was a program participant in many state, regional, and national conventions. In 1932 she was the first woman president of the Southern Section of the American Physical Education Association; she was vice-president and then second woman president of the American Physical Education Association in 1933 and 1934; and she was a member of the Greensboro Recreation Commission from 1933 to 1946.

As a teacher she was knowledgeable, stimulating, inspiring, and strict. Her general aloofness was tempered by kindness and sympathy. Her chief concern in her profession was to emphasize physical education as an integral part of the education of all children.

Miss Coleman enriched her life and teaching by travel through most of the Western world. She was a member of the Episcopal church. She died in Greensboro but was buried at Ware Episcopal Church, Va. There is a portrait in the Coleman Memorial Library in the Coleman Gymnasium, constructed in 1952 and named in her honor, at The University of North Carolina, Greensboro.

"Mary Channing Coleman ," circa 1920. Photo courtesy of University Archives and Manuscripts, The University of North Carolina at Greensboro. Available from http://library.uncg.edu/info/depts/scua/exhibits/timeline/pages/1920_coleman.htm (accessed April 10, 2012).