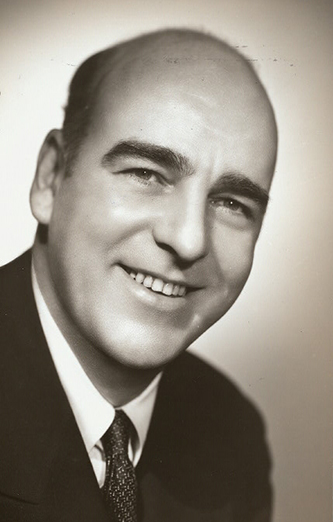 Norman Cordon, operatic singer and music educator, son of Norman Cheshire and Betty Houghton Cordon, was born in Washington, N.C., but moved with his family to Charlotte early in his life. There he attended private elementary schools, completing his secondary education at Fishburne Military Academy, Waynesboro, Va., in 1920.

Described as having "a natural bent for music," Cordon sang in school choruses in Charlotte and at Fishburne and was for several years a boy soprano in the well-known boys' choir of St. Peter's Episcopal Church, Charlotte. He entered The University of North Carolina in 1920, studied both academic subjects and music there for two years, and gained an early reputation for performing ability. In 1922 he left Chapel Hill and enrolled at the Nashville Conservatory of Music, Nashville, Tenn., after spending the summer studying voice at Salem College, Winston-Salem. Gaetano de Luca was his teacher in Nashville; he continued his study under Hadley Outland in Chicago and later under William Thorner in New York. During those years of study, he sang in church choirs and was an early performer on radio, first in Nashville and later in Chicago and New York and on occasional visits to North Carolina.

His first major professional opportunity came in 1931, when at the age of twenty-seven he joined the Merrimen Vocal Quartet of the famous Paul Whiteman Orchestra as a bass-baritone. He sang with the quartet for three years and in his last year there sang also a number of minor parts with the San Carlo Opera Company. Through that contact, he sang a major role in La Tosca for the Chicago Opera Company's 1933–34 season.

That performance led to a three-year contract with the Chicago Opera Company, during which time he schooled himself in operatic parts, learning the complete scores of more than twenty major roles. For the Chicago company he performed the herculean job of doing twenty-two major roles, with few repeats, in thirty-two days. He supplemented his Chicago appearances by singing between seasons with opera companies in St. Louis, Detroit, Minneapolis, and Toronto; he was hailed as one of the truly great opera performers of the era.

The Metropolitan Opera Company of New York City offered him a contract in 1936, and for ten years he enjoyed one of the Metropolitan's top billings, a position he earned by hard work and superb performances. During those ten years he sang first in Rigoletto and, in more than six hundred appearances, played literally dozens of roles. He was most famous for his Mephistopheles in Faust, but many opera goers of that decade remember him in Lohengrin and Carmen. Supplementing his appearances with the Metropolitan in New York, he toured two continents with Metropolitan companies and later made individual appearances in Buenos Aires and in many cities in the United States, notably San Francisco and Cincinnati.

Cordon's operatic career was capped by two years of solo concert appearances all across the United States in a program of great variety including opera, spirituals, and livelier numbers. He did one Broadway musical, Rice's 1947 Street Scene. In addition, he made numerous recordings, again over a wide field that included opera, folk songs, spirituals, and popular hits of the day, plus the reading of Rudyard Kipling's poems and the telling of Joel Chandler Harris's inimitable stories of Uncle Remus.

Frequent visits to North Carolina and especially to Chapel Hill—the university awarded him an honorary Doctor of Music degree in 1946—inspired him to come back to the state in 1948 and devote himself to an innovative project of developing active cultural interest and participation in a state-wide program of music, with an emphasis on opera. Through his connection with the Extension Division of The University of North Carolina, he worked indefatigably at this task. For the next sixteen years he traveled all over the state speaking at schools and colleges and before civic clubs and community groups, making a persuasive plea for musical enhancement of the life of the state. He was a great believer in radio as a communications medium, and for thirteen years he did a very popular series over the university's station, WUNC, "Let's Listen to Opera." He appealed to the masses and especially to young people, with his intimate and personable manner and narratives.

Cordon held membership in Delta Kappa Epsilon and Phi Mu Alpha, the Actors' Equity Association, the American Guild of Musical Artists, and the American Federation of Radio Artists. He was a loyal Episcopalian and, although he took no major part in politics, a registered Democrat. He was an ardent spectator sportsman, and he enjoyed many social contacts, especially upon his return to Chapel Hill. He also had a reputation as a craftsman who created many beautiful pieces of furniture in his shop at home.

Cordon was married 17 May 1939 to Susan Dease Van Landingham of Charlotte. They had one daughter, Susan Harwood. Cordon died seven weeks after his sixtieth birthday and was buried in Chapel Hill.