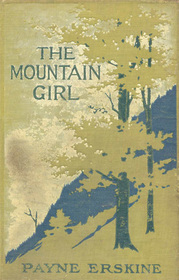 Emma Payne Erskine, writer, painter, and civic leader, was born in Racine, Wis., the daughter of Alfred and Olive Child Payne. Her father, a native of England, was a portraitist and taught at the Art Institute of Chicago. Through her mother, she was a tenth-generation American. Emma was educated at home. On 8 Apr. 1873, she married Charles Edwin Erskine, a musician and gardener. Their children were Alfred, Harold, Ralph, Violet (Mrs. Macdermid Parish-Watson), Malcolm, and Susan (Mrs. Carroll Pickens Rogers). The Erskines first went to Tryon, N.C., in 1885 with their three small sons and fell in love with the region; in 1895 they moved permanently to Lynncote, their home built of native stone designed by the architect of Biltmore Village. They participated wholeheartedly in community affairs, and Lynncote became a center of civic and artistic activity. He was interested in providing schools and churches. She was energetic in building up the Lanier Library, meanwhile clearing and donating the land for Tryon's golf club. She painted dozens of landscapes and "portraits of old ex-slaves still living in the vicinity." Of her seven books, three are works of fiction set in the North Carolina mountains: When the Gates Lift Up Their Heads (1901); The Mountain Girl (1912); and her best known, A Girl of the Blue Ridge (1915). The last two went through many reprintings. Iona, a Lay of Ancient Greece (1888) and The Harper & the King's Horse (1905) are books of poems. The other novels are The Eye of Dread (1913) and Joyful Heatherby (1913).

Charles Erskine died in July 1908. Nine years later Emma married Cecil Corwin in August 1917. In her later years she was president of the Holly Hills Co., a real estate concern engaged in designing and building homes on land she owned. She was an Episcopalian and a Republican. She was buried in Racine. Her son Ralph married Barbara Peattie, daughter of her close friend, the Tryon writer Elia W. Peattie. An oil portrait of Emma Erskine, painted by her father, is a family possession. 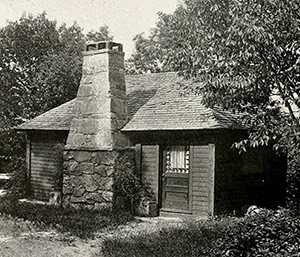