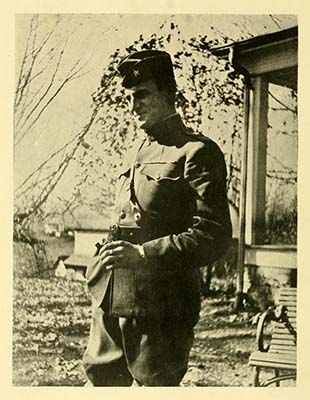 Harley Bascom Ferguson, U.S. Army general and engineer, was born in Waynesville, the oldest son of William Burder and Laura Adelaide Reeves Ferguson. He was graduated from the U.S. Military Academy, West Point, N.Y., in 1897. Commissioned a second lieutenant, he served with the Corps of Engineers during the Santiago Campaign in Cuba in 1898 and in the Philippines in 1899. He was promoted to first lieutenant in 1900.

In 1900–1901, Ferguson served as chief engineer of the China Relief Expedition (Boxer Rebellion) at Pietsang, Yangtsun, and Peking. In addition to his other activities, he reported to the state and war departments on the foreign engineering troops sent to China by the British, French, German, Italian, Japanese, and Russian governments. He was promoted to captain in 1904, while serving as instructor of engineering at the U.S. Military Academy. After a brief tenure as district engineer with the U.S. Army Corps of Engineers in Montgomery, Ala., he became executive officer in charge of raising the U.S.S. Maine in Havana, Cuba, from 1910 to 1912. His excellent work in analyzing the remains of the Maine to discover the facts of her sinking earned him a promotion to major in 1911. From 1913 to 1916, he was district engineer, Milwaukee, Wis., in charge of navigation and flood control on the Fox River and on the Illinois and Michigan Canal. For the balance of his military career, Ferguson's engineering work focused primarily on the use and control of rivers for navigation in the eastern United States.

In preparation for European Service, Ferguson was promoted to lieutenant colonel at New London, Conn. in 1917. The same year he was elevated to colonel while en route to France as the commanding officer of the 105th Engineers, 30th Division, American Expeditionary Force. In 1918 he was promoted to brigadier general and appointed chief engineer of the Second Army. The following year he went to Newport News, Va., as commanding officer of the Port of Debarkation. He spent 1920 in Pittsburgh, Pa., as district engineer but 1921 found him drawn to Washington, D.C., as director of industrial mobilization in the office of the assistant secretary of war, Dwight F. Davis. Ferguson served in the latter position until 1928 as well as directing the Army Industrial College from 1924 to 1928.

In 1928, Ferguson returned to the field as an engineer for the use and control of waterways. He served as division engineer, Gulf Division, New Orleans (1928); Ohio River Division, Cincinnati (1928–30); and South Atlantic Division, Norfolk, Va. (1930–32). From 1932 until his retirement as major general in 1939, he was division engineer, Lower Mississippi River Division, Vicksburg, Miss., and president of the Mississippi River Commission. His latter work was invaluable to flood control and navigation along the lower Mississippi River. Ferguson was also a member of several special engineering boards including River and Harbors (1930–32), St. Lawrence Waterway (1930–31), Muscle Shoals (1930–32), Delaware River (1932), Lexington Dam, Mouth of the Columbia River, and Mouth of the Mississippi River (1933–39).

On 3 Jan. 1907 Ferguson married Mary Virginia McCormack of St. Paul, Minn. and they were the parents of three children: Adele, Virginia, and Harley Bascom, Jr. For many years after his retirement, Ferguson lived in Vicksburg, Miss., and retained an office there. He died and was buried in Lafayette, La. 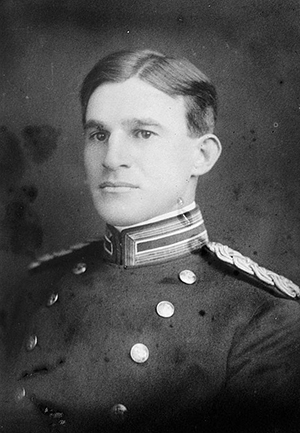 Hello,
According to family records, HBF's middle name is spelled Bascom. Can you please advise why you believe Bascum?
Thanks,
Abby

Thank you for visiting NCpedia and letting us know about this error.

I have updated the entry to correct the spelling.