Eli Foote, merchant, was born in Colchester, Conn. the son of Daniel and Margaret Parsons Foote. Educated for the practice of law, Foote was the only Tory in a large family of Whigs during the American Revolution. His wife, Roxana, was the daughter of General Andrew Ward, a renowned patriot. Bereft of influence and the opportunity for professional advancement at the close of the war, Eli sought a livelihood for himself, his wife, and their six children in maritime commerce at Guilford, Conn. Failing in an enterprise involving the building of a ship for seagoing trade, he became a partner of his brother, Justin Foote, on a trading voyage to North Carolina in 1789. The pair took up winter quarters at Murfreesboro, a village that had been incorporated and laid out only in the preceding year. Owners of a schooner, the Foote brothers began to develop a three-cornered trade involving North Carolina farm produce and naval stores exchanged for New England and West Indian goods. Eli established residence at Winton, on the Chowan River ten miles below Murfreesboro, which is located on the Meherrin River, an arm of the Chowan. 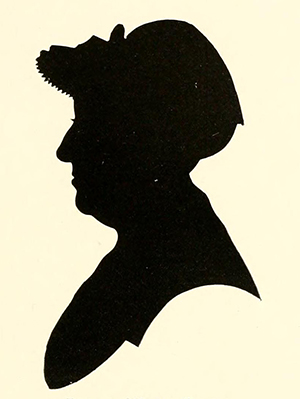 Between 1789 and 1792 the Footes sponsored several trading voyages to Martinique, St. Croix, St. Martin's, and St. Eustatius. Their Murfreesboro warehouse was packed with articles of commerce when, on the night of 17 Apr. 1791, they became victims of Murfreesboro's first crime of record. Thieves broke into the warehouse and made off with chintz, linen, silk, and other goods. Most of the stolen merchandise was recovered the next day, but the responsibility of prosecuting the thieves fell to Eli, who found it necessary to remain in North Carolina during the following summer to testify against them. In August 1792 he contracted yellow fever, dying in delirium at Winton. His gravestone, which still stands at Winton, lists the date of his death as August 1791 and his age as fifty-five (he was actually forty-four). The reason for the errors is that his gravestone was not erected until 1822 by order of the will of General Joseph F. Dickinson, in whose family cemetery Foote had been buried. Justin Foote, in company with John P. Foote, Eli's son, continued in seasonal commerce in the Albemarle Sound area for more than a quarter of a century after Eli's death.

The ten children who survived the death of Eli Foote included his daughter Roxana who, in 1799, married the Reverend Lyman Beecher and became the mother of Harriet Beecher Stowe. It may have been the family's acquaintance with the Albemarle region that led Mrs. Stowe to use it as the locale for one of her novels, Dred: A Tale of the Dismal Swamp (1856).

Ward, George K. Andrew Warde and his descendants, 1597-1910 : being a compilation of facts relating to one of the oldest New England families and embracing many families of other names, descended from a worthy ancestor even unto the tenth and eleventh generations. New York: A.T. De La Mare Printing and Publishing Company. 1910. 132, 488, 491. https://archive.org/stream/andrewwardehisde00ward#page/132/mode/2up (accessed February 28, 2014).

"Roxana (Ward) Foote, grandmother of Henry Ward Beecher." Silhouette. Andrew Warde and his descendants, 1597-1910 : being a compilation of facts relating to one of the oldest New England families and embracing many families of other names, descended from a worthy ancestor even unto the tenth and eleventh generations. New York: A.T. De La Mare Printing and Publishing Company. 1910. Facing 132. https://archive.org/stream/andrewwardehisde00ward#page/132/mode/2up (accessed February 28, 2014).