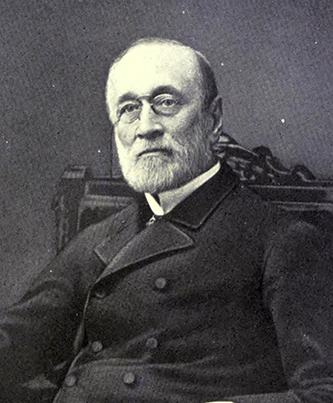 William Travis Howard, physician and teacher, was born in Cumberland County, Va., the son of William Alleyne and Elizabeth Travis Howard. He was graduated from Hampden-Sydney College, studied medicine under John Peter Mettauer in Prince Edward County, and received a degree from Jefferson Medical College in 1844. He served a residency at the Baltimore City Almshouse, and about 1845 settled in Warrenton, N.C., where he practiced medicine and surgery until 1866. He was the author of a series of highly regarded articles published in the North Carolina Medical Journal in 1859 and 1860 that disproved the contemporary theory concerning malarial pneumonia. He was also a pioneer in certain gynecological techniques and developed a number of instruments used in that area of medical practice.

Like a number of other North Carolinians, Howard moved to Baltimore at the end of the Civil War. There, in addition to his private practice, he taught physiology at the University of Maryland. Within a year he was selected to fill the new chair of diseases of women and children, the first such in any American medical school. He continued his practice, research, and publication, and despite his modesty gained a wide reputation in his field.

Howard was married three times: to Mrs. Lucy M. Davis Fitts, of Warren County; to Anastasia Waddill, of Northampton County, whom he had known as a young man; and to Rebecca N. Williams, of Baltimore, who survived him. He was buried in Richmond, Va.

Transactions of the Medical Society of North Carolina (1908).