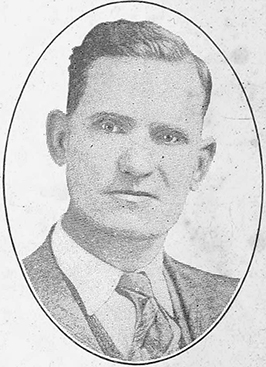 Hiram Tyram Hunter, educator and college president, was born at Mars Hill, the son of James Hardy and Martha Carolina Bradley Hunter. After attending elementary and secondary schools in Mars Hill, he was graduated from Mars Hill College high school division in 1908. In 1912 he received the B.A. degree from Wake Forest College.

After receiving the master of education degree from Harvard University in June 1922, he spent the summer as assistant dean of Harvard's Graduate School of Education and in the fall returned to Wake Forest for one year. In 1923 Hunter became president of Western Carolina Teachers College (now Western Carolina University), Cullowhee, serving until his death twenty-four years later.

An aggressive advocate of improved training for public school teachers, Hunter designed a program emphasizing the liberal arts as the basis of professional education. He was a member of the National Education Association, the American Association of School Administrators, and the North Carolina Education Association. While at Harvard, he was initiated into Phi Delta Kappa. In 1942 Wake Forest College awarded him the honorary degree of doctor of education.

Hunter was an active Baptist layman and a member of the Cullowhee Church. He was a charter member of the Rotary Club of Sylva, onetime president, and governor of District 190 of Rotary International (1941–42). He died at his home in Cullowhee at age sixty-four and was buried in the Cullowhee Cemetery.

Hunter is buried in

Thanks for visiting NCpedia and taking time to let us know about this correction.  We will research this and investigate an update.