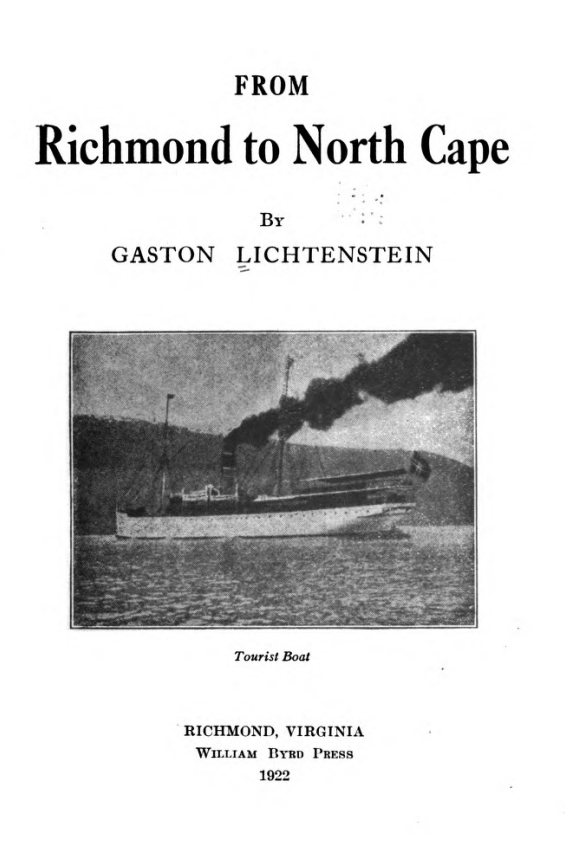 Gaston Lichtenstein, researcher, writer, and historian, was born in Tarboro, the son of David and Hannah Zander Lichtenstein. The oldest of seven children, he attended Tarboro Male Academy from September 1890 to February 1895. He was graduated from Hughes High School in Cincinnati, Ohio, in 1897. Afterwards, he studied at both the University of Cincinnati (1897–1900) and Hebrew Union College, Cincinnati, from which he received the degree of bachelor of Hebrew Letters in 1899. In 1903 Lichtenstein moved to Richmond, Va., with his parents, who had lived there before going to Tarboro. He remained in Richmond until his death.

Lichtenstein was fluent in seven languages and tutored Douglas Southall Freeman in Hebrew. His research at the Virginia State Library aided in the discovery of letters that Patrick Henry wrote while governor of Virginia. Lichtenstein was a frequent contributor of historical articles to The Tarborough Southerner. A Mason, he was a member of Beth Ahabah Temple in Richmond, the B'nai B'rith Lodge, the Sons of Confederate Veterans, the American Historical Association, and the Richmond Musicians' Association.

Lichtenstein never married. He died in the hotel that was his home in Richmond and was buried in the Hebrew cemetery.