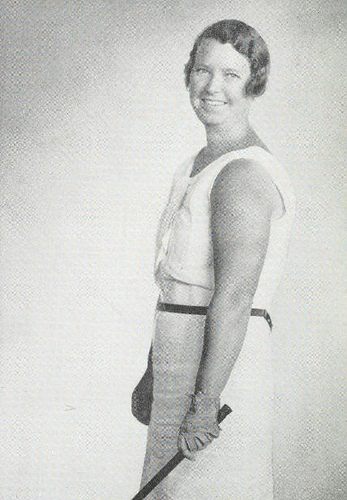 Estelle Lawson Page, amateur golfer, was born in her mother's hometown of East Orange, N.J., but raised in Chapel Hill. She was the only child of Dr. Robert Baker and Estelle Adelaide Ward Lawson. Dr. Lawson was a 1900 graduate of The University of North Carolina, where he was a star baseball and football player; he pitched in the major leagues in 1901 and 1902.

The Lawsons returned to Chapel Hill in 1905, when he took a position at The University of North Carolina as baseball coach. The next year he became a professor of anatomy in the medical school, a position he held until his retirement in 1949. Mrs. Lawson was active in local civic and charitable affairs. Young Estelle attended Chapel Hill High School, where she played basketball and tennis. She briefly attended Salem College before transferring to The University of North Carolina, where she was graduated in 1928. At the university she was a member of Phi Beta Kappa and president of the Woman's Pan Hellenic Council. After graduation she worked briefly in the cost accounting department of Durham Hosiery Mills and as an occasional substitute teacher. Estelle Lawson took up golf around 1930. Taught by her father, she quickly became the dominant player in the Carolinas and one of the best in the country. In 1931 she entered her first tournament and the next year won the Carolinas Amateur championship. She repeated as champion of that tournament in 1933 and 1934 and would eventually win it ten times between 1932 and 1947. Her most important victory came in 1937, when she won the U.S. Golf Association Women's Amateur Championship, held that year at the Memphis Country Club. In the thirty-six-hole match play final she defeated Patty Berg 7 and 6. At the end of 1937 she was runner-up in the Associated Press voting for outstanding U.S. female athlete; Golf Magazine voted her the outstanding woman golfer. The next year she again advanced to the national finals against Miss Berg but lost 6 and 5. Although Mrs. Page regularly advanced to the semifinals in the national championship, she never again made the finals. 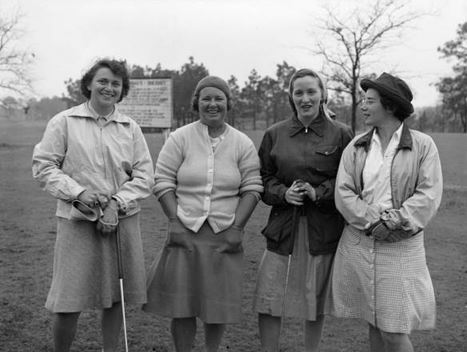 Mrs. Page was a member of the U.S. Curtis Cup team, which played against the women's team representing Great Britain, in 1938 and 1948 and undoubtedly would have been named to additional teams had that tournament not been suspended for a decade due to World War II. She basically ended her tournament competition in 1955 after a thyroid operation, although she did make a few later appearances at Pinehurst. Mrs. Page ended her career with an unusually high total of seventeen authenticated holes-in-one. Although women's professional golf became established in the late 1940s, Mrs. Page declined to turn professional.

She married Chapel Hill native Junius Page, Jr., on 7 July 1936. Her husband, an executive with the Liggett and Myers Tobacco Company in Durham, was seriously wounded in World War II and awarded the Croix de Guerre. They had no children. Mrs. Page was a lifelong member of the Chapel of the Cross in Chapel Hill; she was buried in the old Chapel Hill Cemetery.