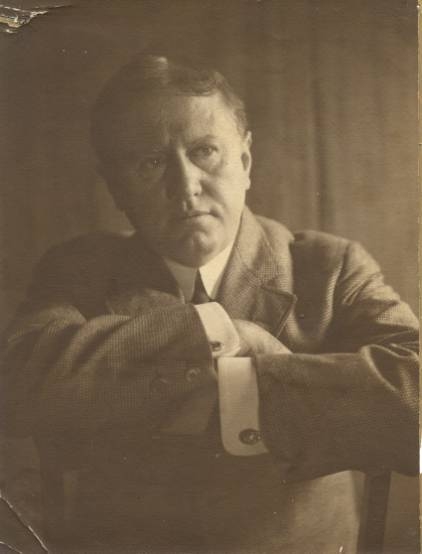 William Sidney Porter, better known by his pen name “O. Henry”, was one of America's most popular short story writers. He was born on September 11, 1862 along Polecat Creek in Centre Community, North Carolina. His father, Algernon Sidney Porter, was a doctor and his mother, Mary Swaim Porter, was a graduate of Greensboro Female College. In 1865 Will’s mother died of tuberculosis and Algernon Porter moved his sons to the Porter family home in Greensboro, North Carolina. The home was occupied by Will’s grandmother and his aunt Evalina “Lina” Porter.

Will was an extremely bright child, but public schools were closed after the Civil War, so his Aunt Lina started a private school to teach Will and other Greensboro children. Will was offered free tuition at Bingham Military Academy in Orange County, North Carolina, but he declined, preferring the freedom of Aunt Lina’s school.

At the age of 17, Will went to work at his uncle’s drug store on Elm Street in Greensboro. The W.C. Porter Drugstore was described as “the social, political, and anecdotal clearing house of the town” and allowed Will to meet and mingle with many interesting personalities, some of whom would later appear in his stories.

In 1882, Will went to visit his friends Lee and Dick Hall who owned a ranch in La Salle County, Texas. Will spent his time on the ranch learning about the cowboy life: lassoing cattle, shearing sheep, tending horses, and cooking campfire fare. After two years on the ranch, Will grew restless and looked for other work. Dr. Beall, a friend from Greensboro, suggested he “come back to North Carolina and buy a shovel and go to work on the Cape Fear and Yadkin Valley Railroad”, but Will sought his fortune in Austin, Texas. He would eventually get a job in the General Land Office as a draftsman.

In July of 1887, Will eloped with Athol Estes. Originally Athol’s mother and step-father objected to the match because Athol was at high risk for tuberculosis, but Will was determined and wed her in a midnight ceremony. Two years later, they had a daughter named Margaret Worth Porter.

Will left his job at the General Land Office in 1891 and began working as a bank teller at the First National Bank of Austin. He also became editor of a humorous weekly called Rolling Stone, and eventually quit his bank job to edit it full time. Sadly, the paper failed which left Will jobless. In July of 1895, Will’s wife, Athol, was diagnosed with tuberculosis. Money was scarce and Athol was too sick to travel, so Will got a job at the Houston Daily Post writing for the newspaper.

During this time, federal bank examiners began investigating the First National Bank of Austin, and indicted Will on embezzlement charges. Modern research indicates that Will was blamed for the crimes of his superiors. Even so, Will admitted, “I took the job and held a position of trust. […] Since I did not report the shortages as they occurred, I can legally be held as an accessory to the fact.” 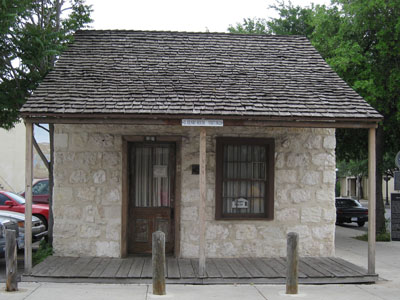 Fearing the trial’s outcome, Will fled first to New Orleans and later to Honduras. He planned to earn money through free-lance writing until he could afford to send for his family. However, Athol’s tuberculosis was getting critical and when Will realized it, he rushed back to Austin to be with her. By the end of July, Athol had passed away at the age of 29.

After his wife’s death, Will published his first short story “The Miracle of Lava Canyon” using the name William Sydney Porter (forever changing the spelling of his middle name). The editors loved it and asked for more stories, but in February of 1898, Will’s criminal trial began. Strangely, he made no effort to defend himself and was found guilty on all charges. He was sentenced to five years in a Columbus, Ohio prison. The prisoners provided Will with character sketches and tales, and he wrote many short stories while incarcerated.

Will served three years of his sentence and was released for good behavior. He began writing stories on a more regular basis, and moved to New York to be closer to his editors. It was during this time that Will adopted the pen name “O. Henry” which he would use for the rest of his career.

In 1905, Will was reacquainted with Sara Lindsay Coleman, a childhood sweetheart originally from Weaverville, North Carolina. They married two years later in Asheville, North Carolina, but the marriage was not a happy one. Will found it difficult to change his bachelor ways and spent much of his married life drinking and struggling to finance his expensive tastes. In 1909, Sara returned to her parent’s home in Asheville.

Without his wife, Will’s health began degrading. Decades of drinking and overeating left him with diabetes, an enlarged heart, and failing kidneys. He visited Asheville in the summer of 1909, a dying man. Sara helped him sober up and slowly his health began improving. By the end of the year, he was able to return to New York and his writing, but also to his bad habits.

On June 3, 1910, Will was rushed to the hospital after suddenly collapsing. Two days later, he turned to a nurse in his hospital room and said “Turn up the lights. I don’t want to go home in the dark.” With those famous last words, he passed away. He was 48 years old. He is buried in Riverside Cemetery in Asheville, North Carolina.

O. Henry's stories of New York City and Texas are his most popular and best known. He wrote very little about North Carolina except for "A Blackjack Bargainer" (about a Blue Ridge Mountain feud) and "Let Me Feel Your Pulse," (based on his time spent in Weaverville in 1909). Even so, many of his famous character names and personalities were derived from people he knew growing up in Greensboro.

The O. Henry Portal - Research the life and legacy of William Sidney Porter and his hometown, Greensboro, North Carolina, through hundreds of letters, documents, photographs, and news articles. Created by the Greensboro Public Library

Clifton Waller Barrett Library of American Literature - Browse one of the largest collections of O. Henry books, manuscripts and letters at the University of Virginia Library.

A portrait of O. Henry, by Vanden Wyde of New York (ca. 1905-10). Courtesy of the Greensboro Public Library.