Lilla (May) Vass Shepherd, poet, was born in Raleigh, the youngest child of Lillias Margaret McDaniel and William Worrell Vass. She had a brother William Worrell, Jr., a sister Eleanor Margaret, and a half brother Samuel Nathaniel. Her father, an affluent railroad executive, was of Huguenot descent. After attending St. Mary's School in Raleigh and Mary Baldwin College in Virginia, she spent the rest of her life in Raleigh, where she married, on 11 Oct. 1900, Sylvester Brown Shepherd, an attorney. Their four children were Lillias McDaniel (Williamson), James Edward, Sylvester Brown, Jr., and William Vass.

Mrs. Shepherd was active in welfare projects and participated in the work of the Church of the Good Shephard 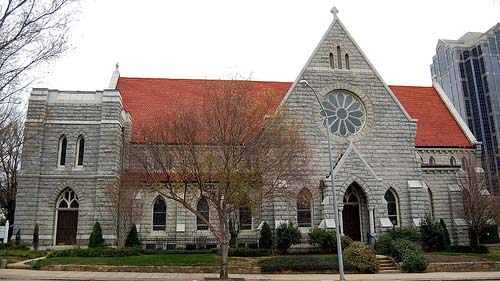 (Episcopal). Her first poem, written about 1911 to her sister Eleanor, evinced a quality sustained throughout the next forty-one years and over eight hundred poems. Not until the early 1920s did she agree to having them published, and then only in the Raleigh dailies, the North Carolina Churchman, and other newspapers and religious publications. The brief lyrics, addressed to family and friends or celebrating Episcopal feast days, were often mystic condensations like those of Emily Dickinson, to whom she has been compared. Sometimes she had poems privately printed to pass out to acquaintances, and at Christmas there was always a seasonal verse on her greeting cards.

After her death, Eleanor M. Vass and W. Vass Shepherd asked Lodwick Hartley, Edwin McNeill Poteat, and Richard Walser to make selections for a book. The Old Ever New (1956) was never on sale and received a limited distribution. Typescripts of her unpublished poems are in the North Carolina Collection, University of North Carolina, Chapel Hill.