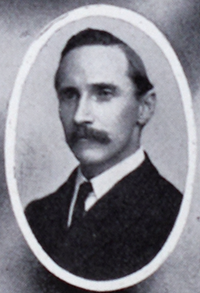 Charles Lee Smith, professor, university president, publisher, and bibliophile, was born at his family's country home, Wilton, in Granville County. His father, Louis Turner Smith, had been a Confederate surgeon and after the war a physician and surgeon in Durham. The family had moved to North Carolina from Gloucester County, Va., about the beginning of the nineteenth century. His mother was Nannie Green Howell, also of a Virginia family that settled in Granville County about the same time.

At age ten Charles Lee attended the Buchanan School in Durham and also studied under Charles D. McIver. In 1882 he entered Wake Forest College, from which he was graduated two years later. After teaching for two years at the Raleigh Male Academy, he became associate editor of the Biblical Recorder. In January 1886 he entered Johns Hopkins University, where he was a fellow in history and political science and an instructor and lecturer in sociology. He spent part of 1888 as a student at the University of Halle, Germany, and received a Ph.D. degree from Johns Hopkins in 1889. While a student he was secretary of the Baltimore Charity Organization Society and the National Conference of Charities and Corrections. The year 1888 also saw the publication of his History of Education in North Carolina.

Smith held the chair of history and political science at William Jewell College, Liberty, Mo., from January 1891 through the academic year 1904–5. In 1905 he became president of Mercer University, Macon, Ga., but left after one year to return to Raleigh, where he became a member of the Edwards and Broughton Printing Company. In 1910 Smith and Needham B. Broughton acquired C. B. Edwards's interest in the firm; after Broughton died in 1914, Smith purchased his stock and became president.

In 1889 in High Point he married Sallie Lindsay Jones, the daughter of Dr. William Oliver and Elizabeth Clay Lindsay Jones. They had three sons, Noell Lindsay, William Oliver, and Charles Lee, Jr., and a daughter, Katherine Clark (Mrs. Joseph H. Hardison). Mrs. Smith died in 1931, and in 1934 he married Celeste Henkel of Statesville. Following her death the next year, he married Cora Antoinette Vaughn of Franklin, Va., in 1937.

With all three of his sons and his son-in-law serving as executives of the publishing firm, Smith found time for numerous trips abroad—fifteen to Europe and three each to Asia and Africa—largely in search of rare books. On an around-the-world cruise in 1924, he visited national leaders and published a personal interview with Mahatma Gandhi in India. He won the confidence of librarians, book dealers, and private collectors who sent him advance copies of catalogues and early information on the availability of rare volumes—several from libraries of such notables as Thomas Carlyle and John Ruskin. He housed them in his home among such art objects as a Madonna by Titian. His library eventually exceeded 7,000 volumes, many unique or nearly so.

In 1941 Smith gave his library to Wake Forest College, which in 1906 had conferred on him the honorary LL.D. degree. When college officials went to his home for a formal presentation, Smith spoke of the books as his "cherished companions." He also said: "Beginning with an incunabulum published seven years before Columbus discovered America, you will find on these shelves volumes printed by the master makers of books, illustrated by famous artists, bound by great binders and carrying dates from the fifteenth century to the present time. A large number have the bookplates of distinguished men, and many are first editions inscribed by authors."

He asked that the collection be kept intact as a separate unit of the college library. His brother, Oscar Turner Smith, at his death in 1945, left a trust to Wake Forest College for acquiring rare books to be housed alongside Charles Lee's collection as a memorial to their parents. So long as he lived, Smith was to choose the books bought by the trust.

Smith was a University of North Carolina trustee from 1911 to 1932 and served on the executive and building committees. He was a charter member of the Raleigh History Club, a group of eighteen men who gathered monthly for the presentation of scholarly papers. A member of the First Baptist Church, Smith was buried in Oakwood Cemetery, Raleigh.

Edgar Estes Folk, A Catalogue of the Library of Charles Lee Smith (1950).

"Smith, Charles Lee." The National Cyclopædia of American Biography: Being the History of the United States as Illustrated in the Lives of the Founders, Builders, and Defenders of the Republic, and of the Men and Women who are Doing the Work and Moulding the Thought of the Present Time vol. 14. New York: James  T. White. 1910. 459-460. http://books.google.com/books?id=ZToOAQAAMAAJ&pg=PA459#v=onepage&q&f=false (accessed December 30, 2013).

"Dr. Chas. Lee Smith (11)." Photograph. Raleigh illustrated : Raleigh, North Carolina, containing a comprehensive review of the natural advantages and resources of Raleigh... together with historical reviews of those representative concerns and biographical sketches of prominent men who have materially assisted in placing this community in high position. Raleigh, N.C: Chamber of Commerce and Industry, and The Merchants Association. 1910. 4. http://digital.ncdcr.gov/cdm/ref/collection/p249901coll37/id/23890

Dr. Smith was my great

Dr. Smith was my great-grandfather. I believe that his first son’s name was HOWELL Lindsay Smith Howell being Dr. Smith’s mother’s maiden name), not NOELL.