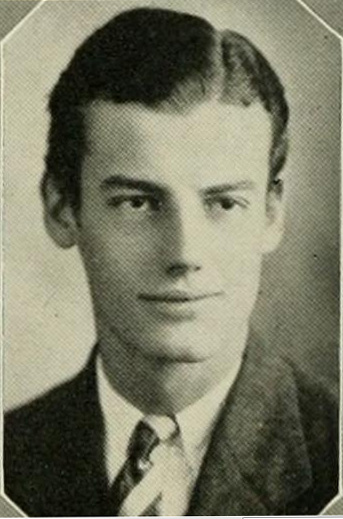 Shepperd Strudwick, actor, was born in Hillsborough, the son of Shepperd and Susan Nash Read Strudwick. He was graduated from the Virginia Episcopal School in 1925 and from The University of North Carolina in 1928. At the university he was a member of Phi Beta Kappa and the Golden Fleece and active with the Carolina Playmakers, where his first role was in Pierrot (1925). After graduation he studied acting in New York and worked in the office of Charles Coburn, who was preparing a revival of The Yellow Jacket, for which Strudwick was made an understudy. He made his debut in New York as Wu-Hu-Git in that play in 1928. In the 1930s he toured stock theaters, generally playing juvenile roles; afterwards he appeared on the stage in New York and elsewhere in the United States as well as in London and Paris.

During his career Strudwick played over two hundred parts. He also was artist-in-residence at the University of Michigan and at the University of North Carolina at Greensboro. In addition to his stage roles, beginning in 1938 he appeared in motion pictures for MGM, Twentieth-Century Fox, RKO, Paramount, and United Artists. For television he had important roles in such series as "Studio One," "Kraft Television Theater," "Curtain Call," and "You Are There" and appeared on "The Defendants," "Perry Mason," and "The Name of the Game." He was Dr. Field in "As the World Turns," Jim Matthews in "Another World," and Mr. Gibson in "One Life to Live."

His native state recognized his talent in 1963, when he received a North Carolina Award for "excellence in the performing arts."

By his first wife, Helen Wynne, he was the father of Shepperd, III. His second wife was Jan Straub; his third, Margaret O'Neill; and his fourth, Mary Jeffrey, who survived him. During World War II Strudwick served in the U.S. Navy as a lieutenant, senior grade. He died of cancer at his home in Manhattan and was buried in Hillsborough.

Notable Names in the American Theatre (1976).