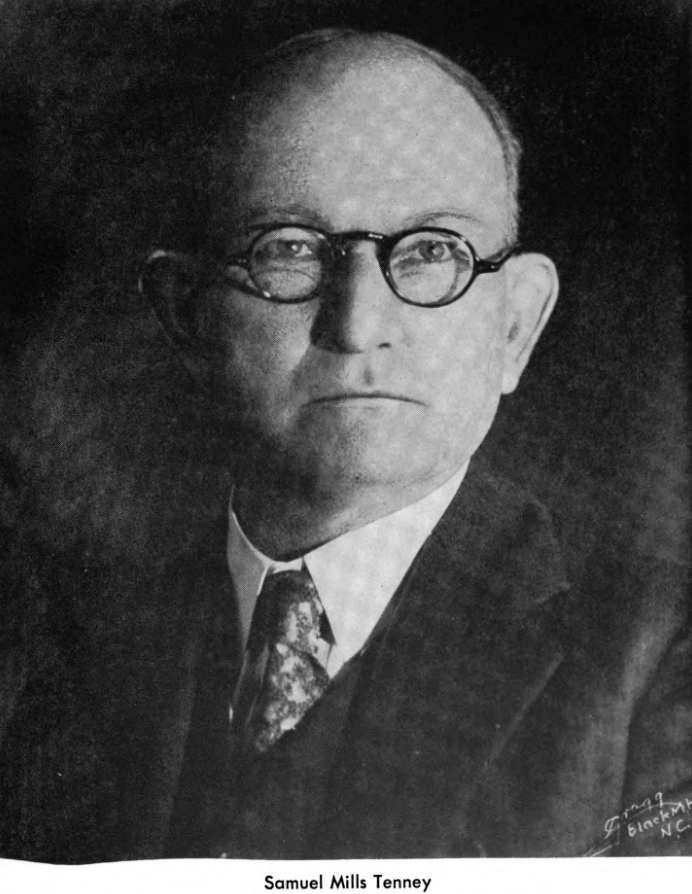 He was graduated from Southwestern Presbyterian University, Clarksville, Tenn., in 1891 with the degree of M.A. After a year at the Southwestern Divinity School, he transferred to Princeton Theological Seminary, completing his course there in 1894. Ordained by the Eastern Texas Presbytery on 15 Sept. 1893, he later became stated supply and afterwards pastor of the Presbyterian Church at Longview, Tex. Subsequent to his departure from Longview in 1899, he served other Texas churches until 1923, his longest pastorate being at Rusk, 1910–23. While at Rusk he acted as chaplain for the state prison in addition to his work with the local church.

In 1923 Tenney became pastor-at-large for the Eastern Texas Presbytery. Following his entire loss of hearing in 1924, he engaged in activities related to the work of the Presbyterian Historical Society of the Synod of Texas which he had been instrumental in organizing in 1902. In 1926 the General Assembly of the Presbyterian Church in the United States took over the collections of that society, together with similar personal holdings of Dr. Tenney and in the next year established the Historical Foundation of the Presbyterian and Reformed Churches, which it located at Montreat, N.C. The General Assembly elected Tenney administrative head of the new institution with the title of curator. For the next thirteen years he devoted himself to the development of this work, with Mrs. Tenney (Litt.D., Austin College, 1938) acting as assistant curator. By the time of his death the Historical Foundation had gained international recognition.

He received the Litt.D. degree from Davidson College (1937) and D.D. (1918) and Litt.D. (1938) degrees from Austin College and was the author of Souvenir of the General Assembly of the Presbyterian Church, U.S. (1924) and Presbyterians: Who They Are (1927). Tenney died at Asheville and was buried in Crockett, Tex. His portrait and papers are in the Historical Foundation at Montreat.