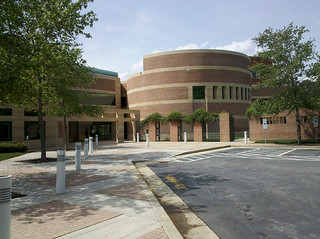 The growth of the biotechnology industry in North Carolina has been encouraged by several factors, including the state's excellent research universities and medical schools and the continuing influence of the Research Triangle Park, a world-renowned research facility located between Raleigh and Durham. The industry has also benefited from generous public investment at the state and local levels. In 1984 the General Assembly created the North Carolina Biotechnology Center, a private nonprofit corporation to promote the industry's development. The center works in three main areas: science and technology development, business and technology development, and education and training. It also works with universities and companies to secure grants, loans, and technical assistance in the biotechnology field. In the early 2000s, in an effort to serve a larger portion of the state, the center established branch offices in Greenville, Wilmington, Winston-Salem, Asheville, and Charlotte.

North Carolina has seen its biotechnology sector increase at annual rates of between 10 and 15 percent through the early 2000s, generating approximately $3 billion in annual revenue. It is believed that the state's biotechnology industry will continue to expand to meet the needs of the nation's aging population and to combat the threats of global pandemics and bioterrorism.