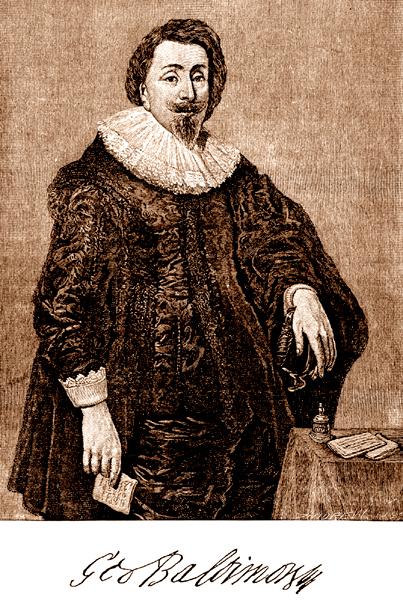 The Carolina charters of 1663 and 1665 contained an important provision conferring upon the eight Lords Proprietors of Carolina and their successors the power to "have, hold, use, exercise, and enjoy" all the "Rights, Jurisdictions, privileges, prerogatives, Royalties, liberties, Immunities, and Franchises" as those "heretofore had, held, used, or enjoyed" by "any Bishop of Durham, in our Kingdom of England." Such powers also had been included in the grant of "Carolana" to Sir Robert Heath in 1629.

In the eleventh century the Crown erected the Bishopric of Durham into a "county palatine" and invested it with extraordinary, almost regal, powers because of the bishopric's proximity to the untamed and often turbulent region bordering Scotland. Although in theory subject to the central authority, the palatinate had its own judicial system, mint, powers of legislation, and other trappings of sovereignty.

Lord Baltimore's charter of 1632 granting him the territory of Maryland contained a similar provision, including the major concession that powers were to be those of "any" bishop of Durham. That single word meant that an act of Parliament of 1536 greatly reducing the bishops' temporal authority, or "regalia," did not apply to Baltimore's grant or to those of the eight Lords Proprietors. Instead, the Proprietors of both Maryland and Carolina could claim the regalia of the fourteenth century, when the palatinate of Durham enjoyed its greatest independence.

The practical effect of the Bishop of Durham clause on the governing of Carolina was, however, not great. Virtually all of the powers exercised by the Lords Proprietors in the Fundamental Constitutions and other instruments of governance, such as commissions and instructions to governors and other officials, had been specifically granted by the Crown in various other clauses in the charters.

"The Tar Heel State: A History of North Carolina," By Milton Ready.