Brevard Fire Department: The People Behind the Operations 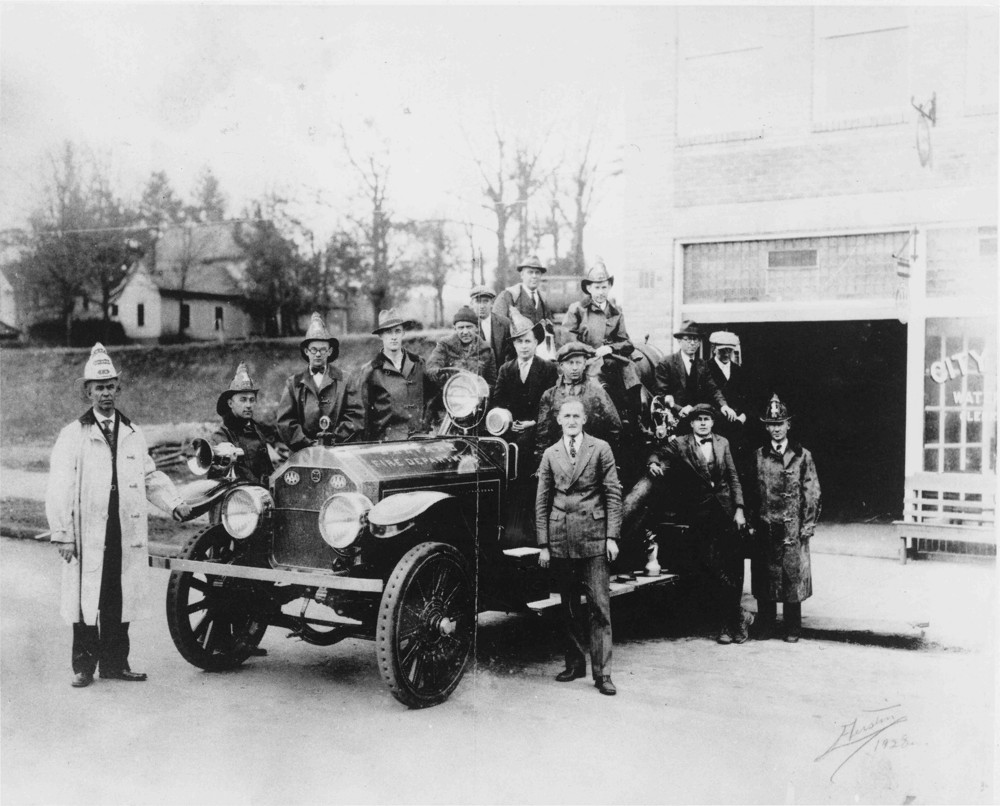 R.P. Kilpatrick played an important role in the development of the town of Brevard and Transylvania County. He erected the 1926 Brevard City Hall-Fire Department building and many others, including the former Brevard Banking Company; the Clayton and Aethelwold Hotels, all three of which featured in the 1998 publication, Transylvania: The Architectural History of a Mountain County.   A native of Transylvania County, Kilpatrick was credited with building “a majority” of Brevard’s business buildings, as well as hundreds of homes.  Besides construction, Kilpatrick was the proprietor of a store that sold “groceries, notions, and shoes” and was a Brevard alderman for sixteen years.   R.P. Kilpatrick and his brother, Chester Columbus Kilpatrick, worked together in the construction business, Kilpatrick Brothers, as early as 1896.

The National Register of Historic Places identifies, evaluates, and protects America's historic and archeological resources deemed worthy of preservation. The National Historic Preservation Act of 1966 created the program under the aegis of the National Park Service as part of a national program to remember the past while preparing for the future. In 1993 and 2002, R.P. Kilpatrick was cited as an important historic figure who played a significant role in the history of the town of Brevard, the county of Transylvania and the United States.

In 1993, Historic and Architectural Resources of Transylvania County, North Carolina, achieved federal recognition and was listed on the National Park Service’s National Register of Historic Places. Contractor R.P. Kilpatrick was noted to have been “responsible for many of the town's fine commercial brick buildings,” as well as several speculative homes on Probart Street, one of Brevard’s earliest residential streets.  All were large two-story, two-pile houses, some were summer homes, while others were inhabited year-round.

In 2002, Brevard’s Main Street Historic District attained inclusion on the National Register of Historic Places, in part because of Kilpatrick’s work: the 1924 construction of the Brevard Banking Company, as well as the 1926 Brevard City Hall and Fire Station.

Considered one of Brevard’s most successful businessmen, Bromfield’s business interests were broad and included ownership of the Brevard Steam laundry, hardware store, movie theater, several “filling stations” for automobiles, home construction, the sale of coal, fertilizer, ice, as well as being the head of the telephone system.   His leadership of the Chamber of Commerce was thought crucial for economic growth in Brevard and Transylvania County in the 1920s, with Bromfield credited for enabling the growth of tourism to the area, as the Brevard News reported in 1929: “it is generally conceded that Brevard has had more summer tourists in 1928 than any other town in Western North Carolina.”

Politically, Bromfield was a leader in the local Democratic Party when the party dominated state politics. In his 1949 book, Southern Politics in State and Nation, political scientist V.O. Key, Jr., described North Carolina and its state government as a “progressive plutocracy” ruled by a financial elite of bankers, lawyers, and businessmen from 1890s to the 1950s.  Bromfield, and by extension the Brevard Fire Department, was a local exemplar of the state’s political apparatus, especially highlighted with Chief Bromfield’s success as a businessman and civic leader.  A Republican Party attack advertisement in 1930 elaborated upon the political situation that connected Brevard to Raleigh when Bromfield was Brevard’s School Board chairman:

As fire chief, Bromfield was reputedly “one of the most able fire chiefs in the state,”  with his leadership earning praise from visiting fire inspectors, community leaders, and the general public. In 1933, after an inspector from the Fire Underwriters Association stated that “for a town the size of Brevard, he had found no better outfit.”  In 1927, fire insurance rates were to be reduced by 25% because of the city’s provision for requested, and improved, firefighting equipment.  A much lauded addition to the department was the 1925 purchase of American-LaFrance fire truck.

Bromfield carried out aggressive efforts to educate the public about Fire Safety that was echoed in newspaper articles and celebrated at community events throughout the 1920s and 1930s.  During Fire Prevention Week in 1929, Chief Bromfield of the Brevard Fire Department, led a meeting at the Kiwanis Club stressing the importance of fire prevention measures and showed how observance of Fire Prevention week reduced loss of life and property.”   The Brevard News in 1932 opined that “people in this town may have their differences of opinion of many things…but there is one thing here upon which all people of this town pour out their loyal devotion. That one institution is our fire department.”

Dan Merrill’s career with the Brevard Fire Department started in 1925 when he was tasked with driving and maintaining the town’s fire truck; from 1945 to 1969, Merrill was Brevard’s fire chief. The Volunteer Firefighter Magazine, a national publication, displayed an image of Chief Dan Merrill on its cover and a featured article: “Dan Merrill—Is His Brevard N.C. department the best trained and best equipped in the South?” In 1980, the North Carolina Fire Insurance Rating Bureau awarded the Brevard Fire Department an improved rating that moved from a 6 rating to a 5; for property owners, a lower rating was good, because it meant lower fire insurance costs. The rating provided significant standing, making Brevard “the only fire department in the state with a rating that low.”  The Asheville Citizen-Times proclaimed that the Brevard Fire Department was “the best in the state,” with Chief Dan Merrill’s earlier work being credited for the honor, five years after his death.

Merrill was also instrumental in founding the Western North Carolina Firemen’s Association and was its first vice president and elected its president in 1951.  The Association started with six departments, by 1957 had fifty-five, and as of 2022, over 428 departments were members.  In 1975, a firefighter from Henderson County Merrill had trained respectfully recalled that Chief Dan Merrill, although short of physical stature, was a leader who “stood as a giant among giants.”

Update from N.C. Government & Heritage Library staff:
The photo of the Brevard Fire Department members includes photos of these three men. Robert Kirkpatrick is pictured seated in the engine's cab on the right, and he is wearing a jacket, tie, and newsboy cap. James Bromfield is pictured leftmost with the fireman's hat and jacket. Daniel Webster Merrill is pictured with his elbow resting on the main cab's headlight, wearing the small cap. -- Jared Dease, provided with notes from author, 09/28/22