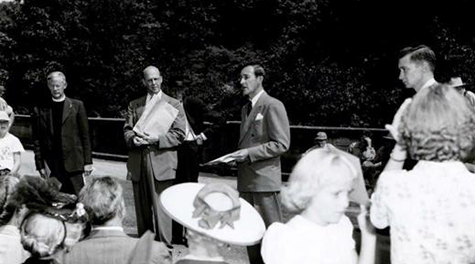 Georgia potter Andrew Duche first made porcelain in 1739 after discovering the essential ingredients in porcelain, kaolin and petunze, in the clay found in Cherokee Indian country near present-day Franklin. English potter Josiah Wedgwood learned of the so-called Cherokee clay and requested a sample in 1766. Unsuccessful in his request, Wedgwood commissioned Thomas Griffiths to obtain some of the clay. Griffiths brought five tons of Cherokee clay to London in April 1768. Wedgwood took out a patent for encaustic ornamentation using the clay in 1769. Wedgwood's supply lasted at least until 1783, when he wrote that Cherokee clay was the basis for the new biscuit porcelain (jasper) he was making. The discovery of suitable clay in Cornwall, England, ended the demand for more Cherokee clay. However, in the summer of 1985, the Wedgwood firm in England received additional Cherokee clay from western North Carolina to cast limited edition bowls and plates commemorating the 400th anniversary of English colonization efforts on Roanoke Island. 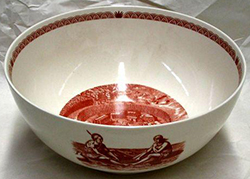 Meteyard, Eliza. "Chapter 1: Materials and Mechanical Aids." The Life of Josiah Wedgwood: From His Private Correspondence and Family Papers ... with an Introductory Sketch of the Art of Pottery in England Volume 2. London: Hurst and Blackett, 1866. http://books.google.com/books?id=KpxGAAAAMAAJ&pg=PA3#v=onepage&q&f=false (accessed November 7, 2012).

Cherokee Clay is what is

Cherokee Clay is what is known today as Ball Clay. Ball Clay is NOT found in Cornwall. It is found in Devon and Dorset