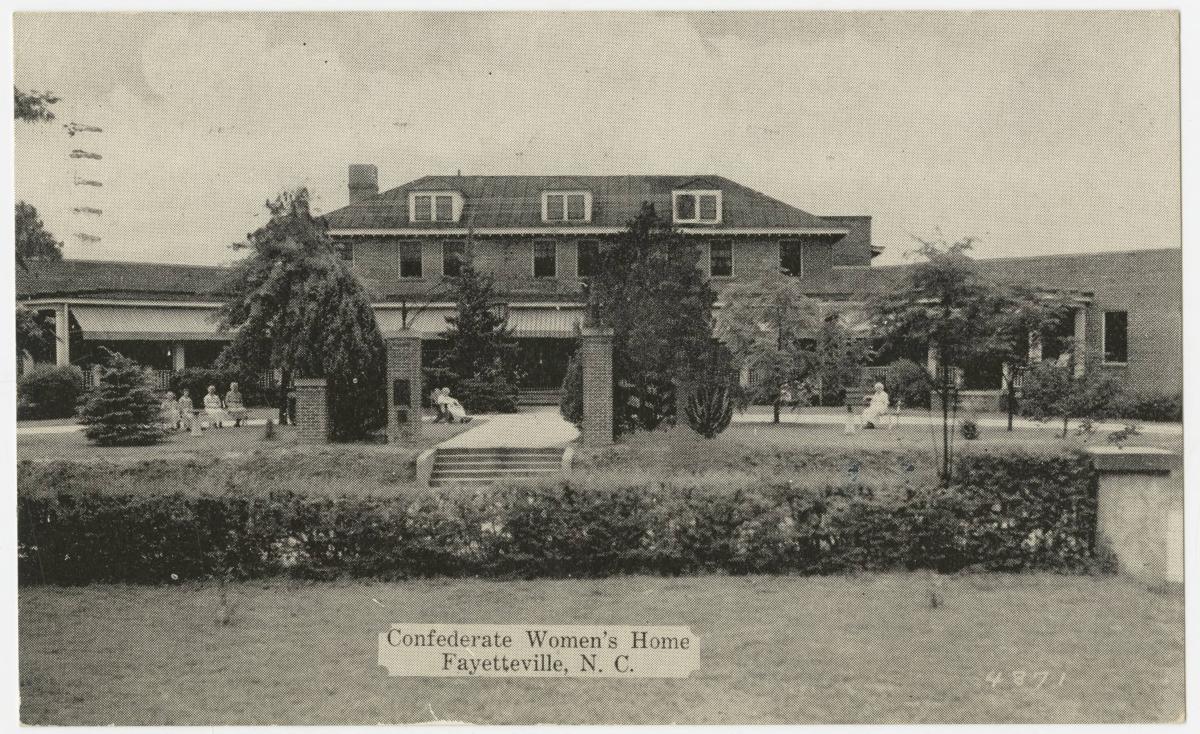 The Confederate Women's Home, which opened in Fayetteville in 1915, was established for the benefit of widows and daughters of North Carolina's Confederate veterans. At the 1908 convention of the North Carolina Division of the United Daughters of the Confederacy, Mrs. Hunter G. Smith proposed establishment of such a facility. Five years later the legislature appropriated $10,000 for building purposes and $5,000 per year for maintenance. Smith, who died in 1929, was the first superintendent of the home.

Originally the home was scheduled to close in 1950, but twice it received reprieves. By 1981 only seven women lived in the home, and the North Carolina Department of Human Resources, together with the board of directors, decided it was not practical to keep it in operation. The property was sold to the Fayetteville City Board of Education. In 1982 the two-story brick building was razed and the land used as a parking lot for Terry Sanford High School. Sixty-five women are buried in a cemetery that remains. In 1986 a state highway historical marker was erected at the site.