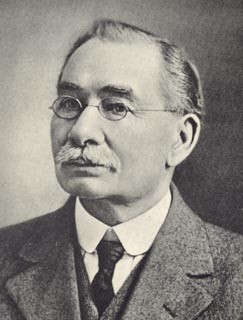 Amos Graves Cox, a native of Pitt County, was the founder of Winterville, North Carolina.  He was a wealthy farmer, manufacturer, banker, and merchant. Winterville’s A.G. Cox Middle School was named for him.

A. G. Cox’s father served as a soldier during the Civil War in Company G, Eighth Regiment of the Confederate States Army. John C. Cox married Elizabeth Gardner, and the couple lived in a log cabin on land cleared by Cox. The couple had two boys, three girls and seventeen grandchildren.

A.G. Cox was known as the founder of Winterville, or “Mr. A.G. Cox’s town.” Incorporated in 1897, Winterville’s roots were in Cox’s 12’ x 15’ workshop where he manufactured a cotton planter that had been patented by his father.  In 1887, A.G. Cox purchased 75 acres from two men who were relocating to Arkansas. He purchased 45 acres for $250 from Godfrey Mill, and 30 acres for $190 from Arden Dawson. At the time, Winterville was known to be the highest point in Pitt County at 75 feet above sea level and also known for its mineral water which was believed to have medicinal value.

John Cox and A. G. Cox, inventors and manufacturers of farm equipment

John C. Cox was believed to have invented and manufactured the first wheat thresher sold in Pitt County and a cotton planter which was widely known across the South.  These two machines proved to be the springboard for A.G. Cox’s later successes. A.G. Cox, like his father, was inventive, and this trait was cultivated while he worked for his father doing mechanical work and carpentry. While A.G. Cox had developed many of his own farm implements which he patented and sold, the mass-manufacturing of the improved “Cox cotton planter” earned him the greatest success.

Initially, “A.G. Cox” made only cotton planters, but that changed with the construction of the Wilmington and Weldon branch of the Atlantic Coast Line Railroad which sat only a half mile from Cox’s manufacturing center. The railroad contracted with Cox to stop to pick up wood to fuel the train; this led to Cox being permitted to load his freight for delivery. Soon thereafter, a railroad depot was built in Cox’s town, and Winterville became a regular stop on the route. By 1900, with the availability of a dependable delivery service at his doorstep, Cox greatly expanded the number of items produced and sold:  cotton planters, thousands of feet of lumber, plow harnesses, coffins, 10 bales of cotton per day, guano sowers, tobacco trucks, carts, wagons, tobacco flues, 1000 hogsheads per season, school desks, and more, all under the banner of the A.G. Cox Manufacturing Company.

Winterville’s growth and name grew along with Cox’s success

Winterville’s growth and name were derivative of Cox’s savvy business decisions, and A.G. Cox’s wealth mirrored Winterville’s expansion. In 1889, a post office was established in Cox’s business, and he served as its Postmaster. The new post office required a new name and while there was a Coxville Township in Pitt County, it was said that A.G. Cox wanted the name of his town to reflect history of the Cox cotton planter or his last name. Because there were too many Post Office locations with names close to his own, the selection of “Coxtown” and “Coxville” were rejected. A.G. Cox decided, instead, to study a list of towns where his cotton planters were sold, and he chose the name of Winterville, a town in Georgia.

A.G. Cox, a captain of industry 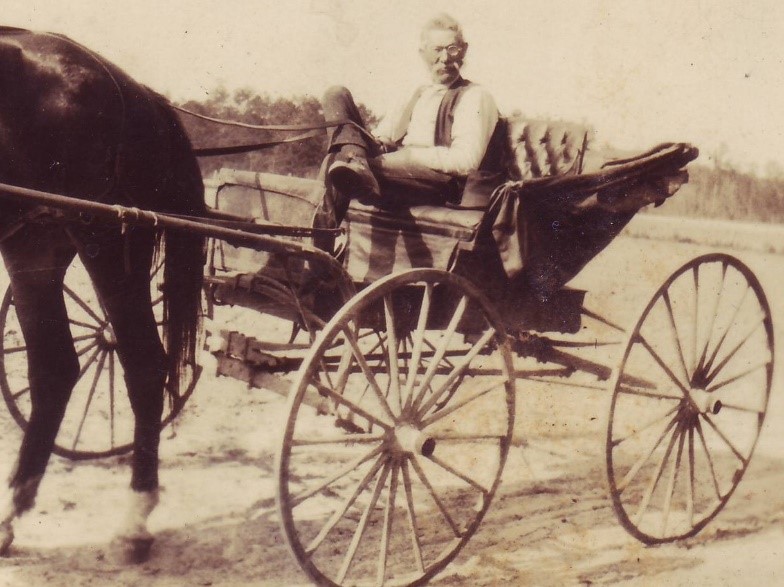 In a time when great business tycoons employed dubious means to gain riches, Cox was hailed as an honest “captain of industry” who practiced “the doctrine of ‘make all you can, save all you can, give all you can.’” Cox’s support of education was a foremost concern. Although he had never “rubbed his head on a college wall,” one report claimed that Cox had done more to educate the people of “his section” than any other man in the state of North Carolina. Winterville, incorporated in 1897, was known to the Missionary Baptists Association as a town possessive of “upright citizenship and excellent church advantages.” Being distant enough from the “vices and temptations of larger cities”, the Baptists opened their school there in 1901 on 4 acres of land that Cox donated. Cox was the benefactor of Winterville Academy, later called Winterville High School, so nearby children could obtain a quality education that stressed “good discipline and thorough instruction.” A.G. Cox was the “most liberal contributor” and supporter of education in Winterville where there were “no frills” or “fads” being taught, only “old fashioned North Carolina ways, where industry, economy, application to studies, thrift and character are given first place.”  In honor of Cox’s educational leadership, the newly constructed high school was dedicated on May 4, 1937, as the A.G. Cox High School building; in 2018, Cox’s name lives on in Winterville at A.G. Cox Middle School.

In 1902, Cox was characterized as a prohibitionist and referred to as the “Pitt County War Horse” on the cause of Temperance (the banning of alcohol). Because he did not subscribe to what was seen as the “heresy” of alcohol consumption, he sought to build a town that would be noted for industry, education, and temperance. A large landholder, Cox never sold property without having it recorded in the deed that no whiskey was to be manufactured, sold, or given away on the land for a period of ninety-nine years. Nevertheless, Cox was sympathetic to people who were prone to drink and alcoholism. Baptized at age 26, Cox was a charter member of the Old Antioch Church near Winterville; and, he was largely responsible for constructing the Winterville Baptist Church, in which he served as senior deacon and superintendent of the Sunday School for 30 years. Politically, he was known as a Democrat in 1931; twenty years earlier he had also been known as a Granger, [Farmers] Alliance man and as a Farmers’ Union member.

Cox was known by those around him as modest, with a good sense of humor, and thought to be honest and fair-minded. Many also knew him as sympathetic to the black members of the community. Amos Graves Cox died at age 74, and his internment was at the Winterville Cemetery on November 6, 1929.

Thanks for this as he was my

Thanks for this as he was my Granfather.My mother( Marian Cox) daughter of Janie Kitrall Cox never told me much about their father as he died when she was 10. Any more info on his ancestors would ne appreciated as I'm now 65 and interested.
Thanks again.

Hi I would just like to tell you I was at a farm auction Saturday. I purchased the antique seeder which turned out being the cotton planter. I love this small piece of history..
It dont have the top..but other than that complete.. Just wanted to say what a great man Mr Cox was. Thanks Jay

Would you kindly send me a picture of the cotton planter? I'm his great, great grandson and never seen it before! Any interest in selling it?

We just found a beautiful

We just found a beautiful planter with original green paint, wooden back wheel and it'a gorgeous! Would you be interested? I can send you pictures! We are pickers here in the Raleigh, N C area and found it in Smithfield! Thank you! Susie

Thank you for your question and for sharing your family information. I will send your inquiry to our Reference Team at the Government and Heritage Library to see if they can help.