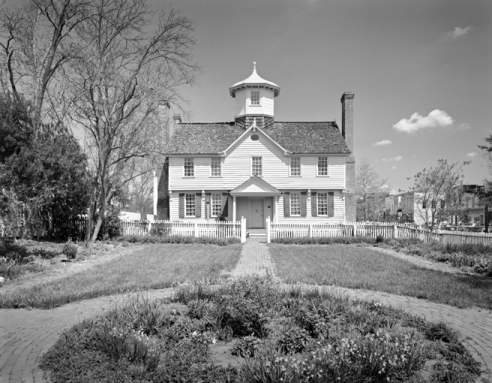 Cupola House, a two-and-one-half-story frame house located at 408 South Broad Street in Historic Edenton, is one of the most architecturally significant structures in North Carolina. A unique blend of architectural styles and construction methods, it illustrates both sophisticated and naive vernacular craftsmanship. Noted for its richly detailed interior woodwork, including what many consider the finest early stairway in North Carolina, the house incorporates Jacobean, colonial New England, and early Southern Georgian influences. The house, named for its striking octagonal cupola, was designated a National Historic Landmark in 1970.

Located on lot 1 of the 1722 plan for Edenton, the house initially commanded an expanse that extended to the wharves along nearby Edenton Bay. In subsequent years, outbuildings and commercial structures were also built on the lot. Several owners altered the house itself during the nineteenth century.

Architectural historians long debated the construction history of the Cupola House. Some argued that the core structure was built as early as 1726, when records indicate a residence existed on the site. Dendrochronology tests in 1991, however, support the belief that the present-day house was built in 1758-59 for Francis Corbin, land agent for Lord Granville and prominent colonial official. In 1777 Samuel Dickinson, a prominent Edenton physician, bought the property. He and his descendants owned it for the next 141 years.

Long admired by architectural and decorative arts experts, the Cupola House in 1918 came to the attention of representatives of the Brooklyn Museum in New York, who were seeking colonial and early American antiques and house interiors in the Southeast to incorporate in the museum's American Rooms exhibit. Within three weeks of their initial visit, they arranged to purchase all the interior woodwork and some of the antique furnishings of the Cupola House. Removal of the first floor woodwork began almost immediately. Installed in the Brooklyn Museum in 1927-28, the materials remain on display there in the Department of Decorative Arts. 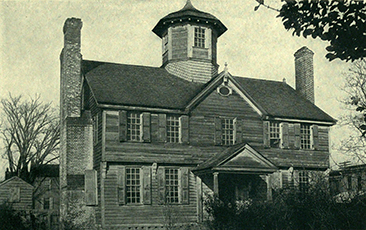 The impending loss of the Cupola House outraged much of Edenton. Ten prominent citizens quickly met and formed the Cupola House Library and Museum Association in an effort to save the house. The group bought the second-floor woodwork and staircase back from the Brooklyn Museum representatives and made plans to buy the house and convert it into a museum and public library.

The Cupola House Library and Museum Association was the first community organization specifically established to save a particular historic building in North Carolina. In addition to acquiring the Cupola House, association members established the Shepard-Pruden Memorial (Public) Library, which occupied the building's first floor from 1921 until 1963. The association developed a museum on the second floor. In 1965-66, master artisans created and installed in the house careful reproductions of the original downstairs woodwork removed to the Brooklyn Museum. Today, the Cupola House is maintained as a historic house museum.

Mary A. Coffey and Murphy Moss, Deliverance of a Treasure: The Cupola House Association and Its Mission (1995).