The Fires of 1831:  Fayetteville and Raleigh in Flames

“FAYETTEVILLE IS NO MORE!”  Thus began an account of the fire that swept through Fayetteville and utterly destroyed it in May 1831.  But that conflagration was not the only major fire that spring in North Carolina.  Three weeks later another devastating blaze hit Raleigh, one that almost changed the course of North Carolina history. 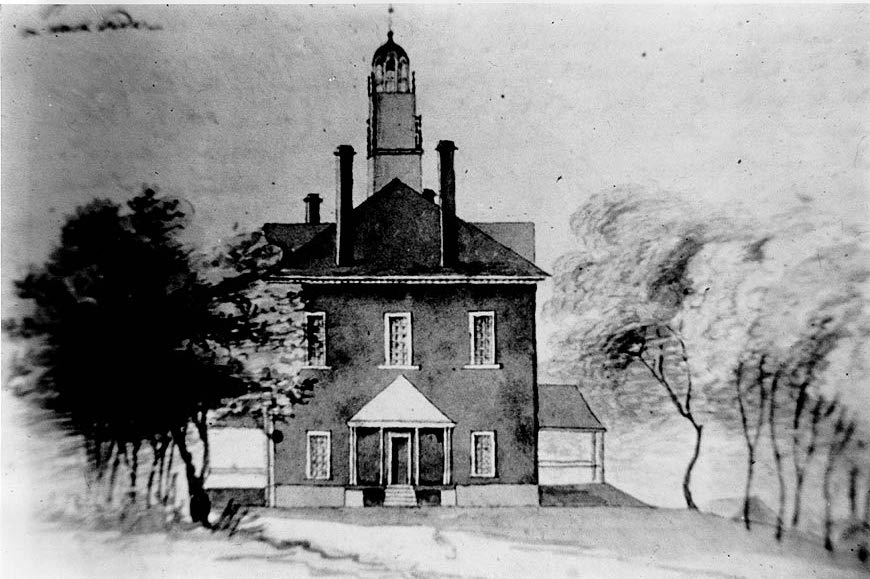 On Sunday morning, May 29, 1831, the people of Fayetteville flocked to their churches for worship.  Shortly after noon, after the sermons of Henry Rowland and his fellow ministers had ended, their congregations streamed out of their churches, only to find that a fire had begun in the center of town.  It had started in a kitchen at a house on the northwest corner of Market Square.  Immediately, townsfolk battled the blaze and thought they would soon have it under control, but the flames escaped and went on to ravage nearby buildings.  The wind gusted and blew burning embers on the roof of the old State House, where the General Assembly once met and North Carolina had adopted the U.S. Constitution.  In minutes the old State House was engulfed in flames.

The fire jumped from wooden roof to wooden roof, and the light pine buildings were like tinder as the flames raced from the center of town.  Fayetteville’s fire engine could not cope with the blaze and after only a few minutes it was abandoned and then destroyed.  Water buckets and blankets were employed, but to little effect.

As the fire swept north on Green Street, it crossed the creek, consumed a new bridge, and then devoured the Episcopal church.  The fire moved east on Person Street, and pastor Rowland watched in horror as it hit his church:  “The tall steeple of the Presbyterian church seemed a pyramid of fire; for a while it stood firm, soon the bell descended with a crash—the steeple trembled, tottered and fell.”  The Catholic chapel was next, and all the churches in town, except for the Methodist church, were destroyed. 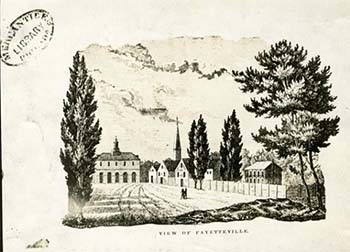 Residents removed valuables from their homes and carried them away to safety, only to find the fire had followed them.  They moved their belongings again and again, but the relentless flames pursued them until, overwhelmed by exhaustion, they abandoned and lost what they had desperately tried to save.  The sick were pulled out of houses and left in the streets, while parents and children frantically sought each other amid the noise and confusion.

Gunpowder was the only thing that would save Fayetteville.  The roar of the fire was punctuated by thunderous explosions as the townsfolk blew up their homes and shops to deprive the flames of fuel.  Finally, after a four-hour inferno, the fire abated.  More than six hundred private buildings burned that afternoon, including nearly every house, 105 stores, a school, two banks and two hotels.  Where once a thriving city stood, fire left only stacks of tottering chimneys and crumbling walls.

Many were injured, but amazingly, no one died.  The sick had no medicine, for the fire destroyed all of it, along with the medicine shops.  That night, residents huddled together on the outskirts of town and slept the first of many nights in the open air.  Although the people of Fayetteville had lost everything they owned that day, and were largely uninsured, they were thankful no one died and that the fire had not been in the winter.

Henry Rowland immediately sent a dispatch describing the disaster that had befallen Fayetteville, and news of the catastrophe quickly spread.  Private contributions poured in from all over the country.  Merchants in New York extended credit to local businesses, and closer to home, those in Raleigh and Wilmington quickly came to the aid of the suffering people of Fayetteville.  More than $100,000 was raised and distributed to those in need.  Thanks to donations from outside of North Carolina, Pastor Rowland rebuilt his Presbyterian church far more quickly than he imagined he would.  A newly cast bell adorned the new church, and upon its dedication the next year, Pastor Rowland gave a fitting sermon based on the Old Testament prophecy “The glory of this latter house shall be greater than the glory of the former.”

In the immediate aftermath of Fayetteville’s destruction, state government turned its attention to protecting the State House in Raleigh.  That building had a wooden roof, and the State hired a general contractor, Thomas Bragg, to fireproof it. For the sum of $1,940, Bragg agreed to plate the roof with sheets of zinc.  Work was progressing when Governor Montfort Stokes cast his eye upward and saw a problem that needed fixing:  the zinc sheets were to be nailed, but not soldered.  The Governor convinced Bragg that to ensure that the roof did not leak, the nail heads should be soldered.

At 5 a.m. on the morning of June 21, 1831, three of Bragg’s workers scrambled to the roof of the Capitol to finish the job of fireproofing the building.  There was a hazy fog that morning and the roof was wet.  The workers passed iron pots of fire through a hole in the roof, which they used to heat the nail heads and solder the zinc plates.  With just a few hours left before the work would be finished, they took a breakfast break and left their iron pots on the roof.

Soon enough, smoke was seen pouring from the west wing of the capitol.  The alarm was raised, and as the fire began 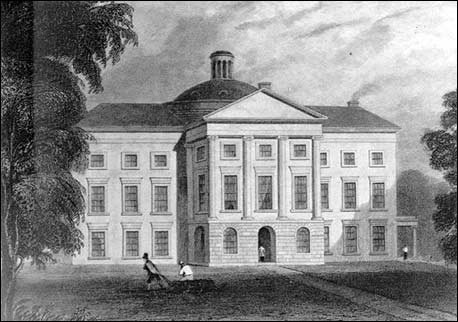 to devour the State House, people tried to rescue important state records and Canova’s statue of George Washington.  The blaze forced them to abandon the statue, and flames and falling timbers mutilated and shattered it.  The fire gutted the Capitol and Governor Stokes immediately commissioned an investigation to determine its cause.  The investigating committee reached no definitive conclusion but it had theories.  The fire was probably caused by either passing the iron fire pots through a hole in the roof, or the heated zinc plates caught the shingles beneath them on fire, or some unknown incendiary set the roof on fire.

With the State House a burned-out shell, Raleigh’s fate hung on whether a Capitol would be rebuilt at Union Square or relocated to a different city.  The Capitol was the very reason for Raleigh’s existence, and without it, many in Raleigh would be ruined.  A prolonged battle ensued in the legislature and press over where the new State House would be located, with many favoring Fayetteville.  Enough people thought so little of Raleigh that even a city that had just been burned to the ground was a leading contender for the prize.  The editor of the Fayetteville newspaper cautioned citizens there not to take advantage of Raleigh’s recent woes, noting that, just weeks before, their neighbors in Raleigh had come to their rescue with money and supplies.

The ruins of the State House, and the headless trunk of Washington’s statue, haunted Raleighites long after the fire was out.  Bills were introduced to rebuild in Raleigh, but they were defeated.  But after eighteen months of political wrangling, Raleigh finally won the contest.  In December 1832, the General Assembly appropriated $50,000 for the Capitol’s reconstruction on Union Square.  Excitement rippled through the city, and once construction began, it touched off a building boom.  Raleigh’s future had arrived.

Rowland, Henry A. 2002. The real glory of a church a dedication sermon, preached in Fayetteville, North-Carolina, at the opening of the Presbyterian Church, which was destroyed by fire in the conflagration of the town on the 29th of May, 1831, and re-built and dedicated August 12th, 1832 : to which is appended an acount [sic] of the destruction of Fayettevil[le]. [Chapel Hill, N.C.]: Academic Affairs Library, University of North Carolina at Chapel Hill. https://docsouth.unc.edu/nc/rowland/menu.html.

[Illustration from an original drawing attributed to M. Horace Say.] [Fayetteville, N.C. "state house".]  Item H.19XX.213.12, from the collection of the North Carolina Museum of History.