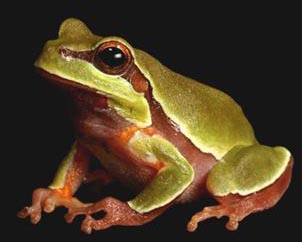 The North Carolina Herpetological Society led the effort to designate the Pine Barren Treefrog as the Official State Frog. In hopes of representing the unique amphibian diversity of North Carolina and the Southeast region of the United States, they conducted a poll to determine the amphibians that best represent the state. After over 6,000 total votes in the poll, the Pine Barren Treefrog was chosen along with the Marbled Salamander. This effort was spearheaded by Rachel Hopkins, a Raleigh teen who has brought awareness to amphibian conservation through her success in getting NC to recognize Save the Frogs Day!.

About the Pine Barren Treefrog

The Pine Barren Treefrog can be found in the Sandhills and Coastal Plain regions of North Carolina. It has been considered one of the most striking and beautiful frogs in the Southeast region of the United States. Further, the Pine Barrens Treefrog name is reflective of one of North Carolina’s signature trees and ecosystems, the pine forests.

The Pine Barrens is a medium sized tree frog that is green with a lavendar stripe on each of its sides and a bright orange underside of its legs. They are nocturnal, spending much of their time in shrubs and trees, and are seldom seen. The females will either attach their eggs to moss or lay them in a wetland. Once they hatch, tadpoles become full-grown frogs in 7 to 11 weeks.

The treefrogs 'call' (a honk-like noise) from April to September. They usually repeat the call 10 to 20 times at different intervals.

The Pine Barrens treefrog is dying out due to habitat destruction, and is considered "significantly rare" by the North Carolina Natural Heritage Program. 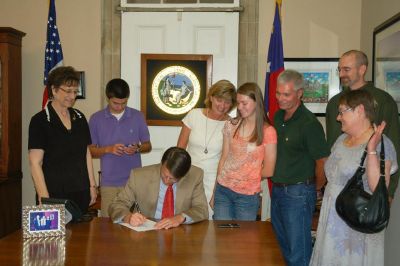