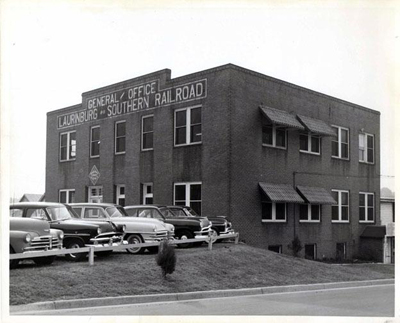 The Laurinburg & Southern Railroad was incorporated on 4 Mar. 1909 in response to protests from three industries in Laurinburg that were dissatisfied with the service of the railroad on which they were located. N. G. Wade, D. M. Flynn, J. F. McNair, J. Blue, A. L. Jones, and J. A. Jones were the incorporators, with McNair serving as president. Construction from Johns to East Laurinburg was completed on 2 July 1909, and soon the railroad made its first shipment of freight, a carload of finished cotton goods. Within a year the line was completed to Wagram, and on 12 Nov. 1921 a section from Wagram to Raeford was purchased from the Aberdeen & Rockfish Railroad. Passenger service began on 11 June 1910 and later that year was expanded to include through service with the Atlantic Coast Line Railroad. 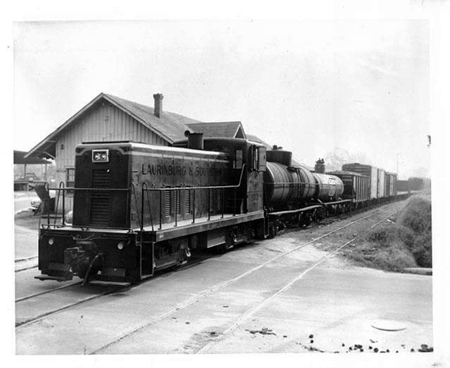 In the early 2000s the 28-mile Laurinburg & Southern was owned by the Gulf & Ohio Railways of Knoxville, Tenn., which also owned the Nash County Railroad and the Yadkin Valley Railroad and connected with CSX and the Aberdeen & Rockfish Railroad. Its chief traffic included grain, fertilizer, soda ash, coal, and lime. The company also performed contract track construction and crossing maintenance.