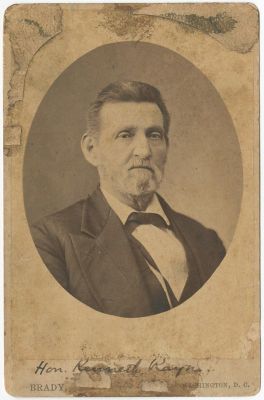 Nativism, or support for anti-immigrant discrimination, briefly emerged as a major political force in North Carolina and nationwide in the early 1850s. A lengthy economic depression in the previous decade reduced the number of available jobs and increased the intense economic competition between native-born workers and immigrant laborers who were often willing to work for lower wages. At the same time, the number of immigrants, especially from Ireland and the German states, rose sharply. During an era of intense anti-Catholicism in the United States, many Americans also suspected the existence of a plot, led by the pope and supported by largely Catholic immigrants, to undermine American democracy. Also, the newcomers tended to support the Democratic Party instead of the Whig Party, which was closely associated with Protestant reform movements. In addition to doubting whether the country could assimilate large numbers of immigrants and preserve its culture and institutions, many Whigs resented the newcomers as a source of strength to their political opponents. Although private nativist organizations had existed in the United States for some time, they began to grow and become more active due to these factors.

As the national Whig Party disintegrated in the early 1850s, the new nativist American (or Know-Nothing) Party formed and briefly threatened to constitute a legitimate second party in opposition to the Democrats. Former Whig leader Kenneth Rayner took the lead in organizing North Carolina's American Party in late 1854. Although members won several statewide offices and congressional seats, in 1858 divisions within the party and lackluster electoral results led North Carolina Know-Nothings to merge with Whigs into the short-lived Opposition Party. Nativism had run its course as a political force and would not again become a major public issue in North Carolina.

Gregg Cantrell, Kenneth and John B. Rayner and the Limits of Southern Dissent (1993).

W. Darrell Overdyke, The Know-Nothing Party in the South (1950).