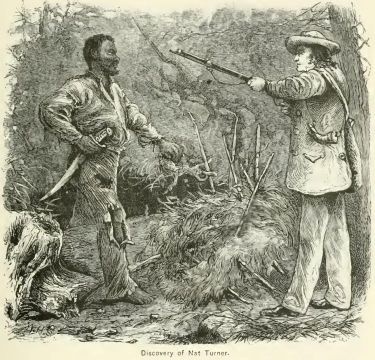 Negro Head Road was originally the colonial stage road that ran from Point Peter in New Hanover County to Duplin County. It began at the junction of the Cape Fear River and the Northeast Cape Fear River, just opposite the city of Wilmington. It followed the west side of the Northeast Cape Fear, through present-day Pender County, and into Duplin County. Point Peter was also known as Negro Head Point as early as 1760.

Shortly after the Nat Turner Rebellion in Southampton County, Va., in August 1831, a similar slave revolt was suspected in southeastern North Carolina. In Duplin County a slave called Dave, who belonged to Sheriff Thomas K. Morrisey, was tortured until he confessed to being a ringleader of a planned slave revolt. A report issued by the Duplin justices of the peace on 13 Sept. 1831 claimed that Dave and his coconspirators planned to march to Wilmington, killing white landowners on the way. In Wilmington they planned to rendezvous with an armed force of 2,000 more slaves and free blacks. Fearful whites reacted by seizing Dave and his alleged accomplice Jim. The two men were killed and their heads stuck on poles as a warning to other slaves.

In Wilmington, 15 blacks were arrested. The 6 who were tried and convicted were killed; their heads, too, wound up on poles at several entrances to the city. One was placed at Point Peter at the beginning of Negro Head Road. As late as 1940, the WPA Guide to North Carolina referred to U.S. 117 as "Negro Head Road."

My dad was Nehemiah Davis

My dad was Nehemiah Davis from Willmington NC 1920 his father same name early 1890s ..All interested facts.. Thanks

It was interesting but i wish

It was interesting but i wish to know who owns the land today? because I want to buy it.

My company owns the property

My company owns the property known as Peter’s Point. Do you have any historical association to the property?