The North Carolina Botanical Garden, a unit of the University of North Carolina at Chapel Hill, is a center for the study, display, interpretation, and conservation of plants and the natural areas of which those plants are a part. The botanical garden is among the nation's leading conservation gardens through its programs of reintroduction, plant rescue, conservation through propagation (in order to eliminate collection in the wild as a threat to wild populations), natural area management, and promotion of native plants combined with policies that prevent the release of exotic pest organisms. The botanical garden is responsible for the development, maintenance, and management of plant displays and natural plant communities. Known for rich displays of native plants and many species of endangered plants, the garden's collections also include highly valued and unique natural areas as well as seven nature preserves located across the state. Recent additions to the garden include the UNC Herbarium, and a Visitor Education Center has been proposed. 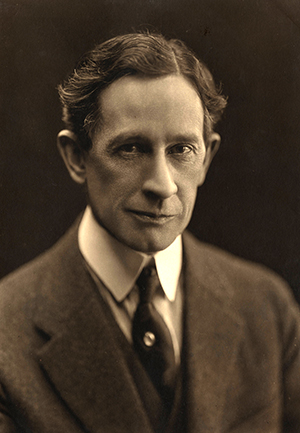 In 1903 William Chambers Coker, UNC's first professor of botany, began planting a teaching collection of trees and shrubs adjacent to the campus; this area became the Coker Arboretum, the first of the three units administered by the North Carolina Botanical Garden. Starting in the late 1920s, Coker and Henry Roland Totten proposed to build a more complete botanical garden south of the main campus. Although some plantings were made in the 1930s and 1940s, in 1952 the UNC trustees dedicated 70 forested acres for botanical garden development. To this tract were added 103 acres of dramatic creek gorge and rhododendron bluffs, donated by William Lanier Hunt, a horticulturist and a former student of Coker and Totten.

In 1961 C. Ritchie Bell was appointed the garden's first director; he was succeeded by Peter S. White in 1986. The garden's first public offering, the nature trails, opened on Arbor Day in 1966. In 1971 the first permanent employees were hired, the first display gardens were created, and the garden's volunteer program was initiated. One group of volunteers, lead by Mercer Reeves Hubbard, began the Herb Garden in 1973, creating a garden for the interpretation of human dependence on plant diversity. In 1976 the Totten Garden Center, named for Henry Roland Totten and his wife Addie, opened. In 1985 more than 15 years of work on the propagation of native plants was summarized in the popular book Growing and Propagating Wild Flowers, written and illustrated by the garden staff. The 1960s also saw the initiation of field research on a contiguous 367-acre tract of UNC land dedicated by the UNC trustees in 1984 as the Mason Farm Biological Reserve. Based on work at Mason Farm, John K. Terres, a noted ornithologist, published From Laurel Hill to Siler's Bog in 1969.

The main display area of the North Carolina Botanical Garden houses eight major collections: the Southeastern Habitat Collection, which includes the Mountain Collection, the Sandhills Collection, and the Coastal Plain Collection; the Plant Families Garden; the Carnivorous Plant Collection; the Rare Plant Collection; the Southeastern Fern Collection; Native Perennial Borders; the Aquatic Collection; and the Mercer Reeves Hubbard Herb Garden. In addition to the cultivated collections, a nature trail system provides access to 165 acres of natural Piedmont woodlands, including stands of mature hardwoods that surpass 200 years of age. Adjacent to the nature trails is the William Lanier Hunt Arboretum. The garden is also the home of the historic Paul Green Cabin. Used by the playwright as a retreat for creative inspiration, the cabin was rescued, moved, and restored on the site.

The North Carolina Botanical Garden's Rare Plant Collection is being developed in cooperation with the Center for Plant Conservation as a national resource for the protection of critically endangered species over a multistate region of the southeastern Piedmont. This collection is critical to conservation agencies for the restoration of wild populations.