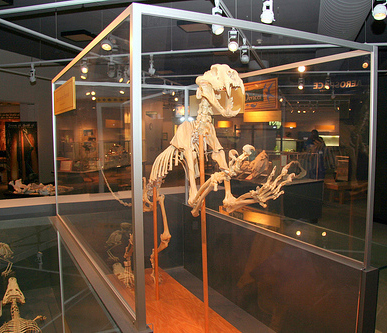 The North Carolina Museum of Life and Science in Durham was founded in 1946 as the Children's Nature Museum. The original facility was a small trailside nature center adjacent to Northgate Park (then the Northgate Bird Sanctuary) that offered natural history exhibits and classes. In 1949 the museum incorporated and moved to an old white house on Georgia Avenue. In 1961 its Board of Directors secured a long-term lease from the city of Durham for a site on Murray Avenue and started construction of buildings on the south side of the campus. At the time, the museum was distinguished by a "Pre-History Trail," which opened in 1967, followed by an outstanding aerospace exhibit, which opened in 1975. The Ellerbee Creek Special, a replica of the famous C. P. Huntington train of the Southern Pacific running along a mile-long course, opened in 1977.

The development of the museum paralleled the growth and change of the region it served. Though the north central region of North Carolina retains a rural tradition, it became home to the Research Triangle Park, encompassing many hightechnology, science-based companies doing research and manufacturing in such diverse fields as biotechnology, pharmaceuticals, computer electronics, medicine, and communications. The museum kept pace with this evolution while remaining rooted in a community-service tradition. Its unique dual focus on the natural and physical sciences came to reflect both the traditional and emerging needs of the regional community. 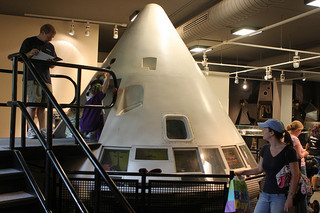 The late 1980s marked the beginning of a second major period of growth in the museum's history. Phase I included the construction of an indoor Nature Center featuring live North Carolina animals. Phase II, completed in 1991, included a new auditorium, temporary exhibit gallery, expanded lobby and gift shop, a new tree house discovery room, and 6,000 square feet of exhibition space. In 1993 Phase III included the completion of a 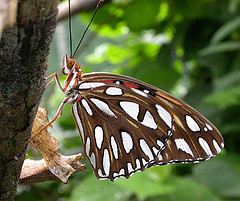 50,000-square-foot building for new exhibits and the physical science discovery room, Scientifica, increasing the range of programs in the natural and physical sciences. During this period recognition of the museum's commitment to hands-on exhibits came in the form of full membership in the prestigious Association of Science-Technology Centers; only 34 other museums worldwide have been accorded this status.

The third period of growth featured BioQuest as a plan to utilize the museum's full 70-acre campus by expanding its north side with outdoor environmental and animal interactive exhibits, including a permanent Magic Wings Butterfly House and Insectarium, an updated dinosaur trail and dig, and exhibits on flight and large terrestrial animal communication. With the completion of BioQuest, the museum made the "great outdoors" a resource of learning and enjoyment and became a model for museums, zoos, and botanical gardens internationally.

Do you need volunteers? In

Do you need volunteers? In what capacity?
My husband and I documented vanishing species for 22 years during our retirement.

Thank you so much for visiting NCpedia and especially for taking time to your question and volunteer offer for the NC Museum of Natural Sciences.

Here is the contact and about page for the NC Museum of Natural Sciences -- http://naturalsciences.org/about/welcome. They will be able to direct you to the museum's department that works with volunteers.

Thank you for your interest in our department’s museum and kind offer.  And please let me know if you have any additional questions.