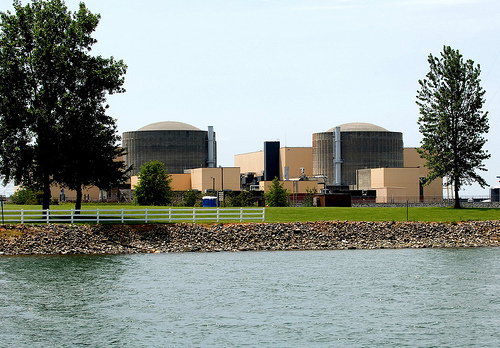 Nuclear energy first came to North Carolina in 1950 with the construction of a reactor for training and research at North Carolina State College (now North Carolina State University) in Raleigh. Faculty members of the physics department designed and built a ten-kilowatt "water boiler," adapted from a design by the laboratory at Los Alamos, N.M. This Raleigh Reactor and its several successors have been used ever since for education in the field of nuclear engineering and for radiation research and services.

In response to the U.S. Atomic Energy Commission's challenge to American industry to demonstrate the possibility of commercial nuclear power, a consortium of southeastern energy companies was formed in 1956. The Carolinas-Virginia Nuclear Power Associates (CVNPA) included the three electric power companies that served North Carolina-Carolina Power & Light Company, Duke Power Company, and Virginia Electric & Power Company-as well as South Carolina Electric & Gas Company. Between 1963 and 1967 the group built and operated at Parr, S.C., a 17,000-kilowatt, heavy-water moderated pressure-tube type reactor, similar to those operating in Canada. This prototype provided knowledge and experience on the new energy source for management and for design and operating engineers. Subsequently, CP&L built two large, multimegawatt light-water moderated reactors of the boiling-water type (BWR) in Southport (1975 and 1977); Duke Power built two larger reactors of the pressurized-water type (PWR) in Cornelius (1981 and 1983); and CP&L built an additional PWR in New Hill (1987).

Plans for several additional nuclear units were canceled in the 1970s owing to the energy crisis and an unfavorable economic climate. The 1979 accident at the Three Mile Island nuclear plant in Pennsylvania prompted a number of changes in equipment and procedures to enhance safety. The utilities became closely associated with two national organizations, the Institute of Nuclear Power Operations and the Electric Power Research Institute.

By 2006 about one-third of all electric power in North Carolina came from nuclear power plants. One of the major supporting facilities for the state's BWRs was General Electric's Nuclear Fuels Plant near Wilmington. Electric power for 19 cities was provided by North Carolina Municipal Power Agency No. 1, using its part ownership of a reactor.