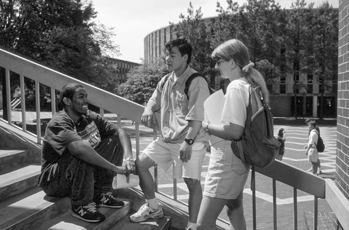 North Carolina State University (NCSU) began in 1887 in West Raleigh as the North Carolina College of Agriculture and Mechanic Arts. Its creation by the General Assembly was due primarily to the efforts of the Watauga Club, a group of New South promoters, and the North Carolina Farmers' Alliance, led by Leonidas L. Polk. Founded as the state's first land grant college, the school opened its doors to students in October 1889. The faculty consisted of six members, including school president Alexander Quarles Holladay. The purpose of the college was to provide theoretical and practical education in agriculture and mechanic arts (engineering) while maintaining a basic curriculum in classical (liberal arts) studies. In 1894 military science was added to the curriculum, and for several years it was an important part of student activities.

Though short on financial support and physical facilities, the college had enrolled 250 students by 1900, few of whom were agricultural students. The Agricultural Experiment Station, however, which was connected to the college in 1889, soon conducted valuable research for farmers and related companies in the state. In 1909 a Department of Agricultural Extension was established to distribute the latest information in scientific farming and home economics. When the Smith-Lever Act of 1914 provided federal funds for demonstration activities, agricultural extension became an integral part of the college's mission.

The college's name was changed in 1917 to North Carolina State 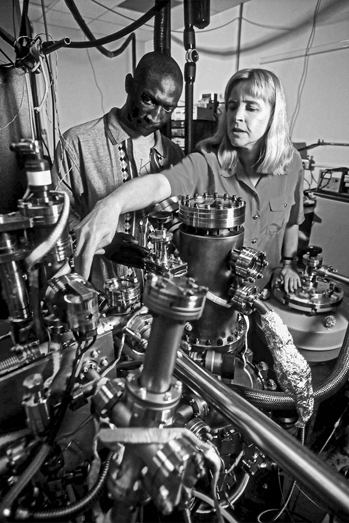 College of Agriculture and Engineering, and the School of Agriculture was established. During the first three decades of the twentieth century, State College, as it was known, grew at a modest rate. Though engineering continued to be its centerpiece, programs in forestry, textiles, business, and education were added during this period. The Great Depression slowed the college's expansion. In 1931 the General Assembly established a consolidated University of North Carolina System, with State College as one of the three member institutions.

World War II proved a watershed in the history of the college. During the war the institution converted its technological and scientific resources to the training of thousands of military personnel. After the war former servicemen, financed mainly by the GI Bill of Rights, flooded the campus, requiring the rapid construction of facilities and the expansion of faculty and staff. Graduate and research programs were also expanded. In 1947 more than 5,000 students, twice the prewar figure, registered for classes. The number of women admitted to the college increased significantly during and after the war.

The school's greatest growth occurred during the administration of John Tyler Caldwell, who served as chancellor from 1959 to 1975. By the time of Caldwell's retirement, 12,800 undergraduates and 2,600 graduate students matriculated on the campus. In 1963 a school of liberal arts was created, offering an array of degrees in the humanities and the social sciences. Two years later the General Assembly approved North Carolina State University as the official name of the institution. The new name reflected its emergence as a comprehensive and nationally recognized center of learning and research with overseas scientific and technological programs. The quiet racial integration of the institution during the 1950s and 1960s also contributed to its growing national and international stature.

Modern-day North Carolina State University is an acclaimed research university with a student body of nearly 30,000 and a faculty of more than 1,500. In addition to its 1,800-acre campus in Raleigh, NCSU operates more than 100,000 acres in research and extension farms, forests, and facilities throughout the state. It is a national leader in science, engineering, veterinary medicine, design, and technology, ranking in the top ten institutions for industry-sponsored research and in the top 20 for licensing revenues and patents. Centennial Campus, a model of university-industry collaboration, provides opportunities for students to work with government and business partners. Expanding the institution's extension mission, every college at the university has an outreach function, working with various groups in every county of the state.