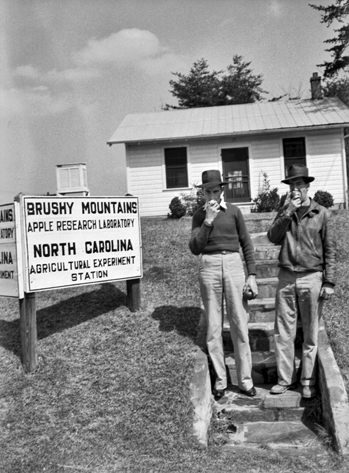 The original legislation directed the experiment station to conduct research on plant nutrition and growth, to ascertain which fertilizers were best suited to specific crops, and to conduct other needed investigations. The initial movement to establish field testing stations began in 1885, when the General Assembly directed the Board of Agriculture to secure prices on lands and machinery. The board obtained 35 acres on Hillsborough Street in Raleigh, and the job of clearing land, laying out test plots, and constructing buildings began. On 8 Sept. 1889 management of the station was formally transferred to the North Carolina College of Agriculture and Mechanic Arts (precursor to modern-day North Carolina State University). The federal Hatch Act (1887), which had provided $15,000 to each state for agricultural research, had specified that the money be directed to land grant colleges. In establishing the College of Agriculture and Mechanic Arts, the legislature had provided that it would receive all land grant benefits.

While the NCDA maintained its relationship with the agricultural experiment station, it shifted its effort to establishing other stations, or "test farms," in various locations statewide. The purpose was to experiment with different crop-fertilizer-soil combinations to find the most suitable for certain areas. The first two research stations were in Edgecombe and Robeson Counties. In all, 15 stations were opened-in locations including Whiteville, Clayton, Castle Hayne, Clinton, Kinston, Oxford, Salisbury, Plymouth, Laurel Springs, and Reidsville-and the NCDA began to conduct research on farming practices, livestock, poultry, and crops at these sites.

A Century of Service: The North Carolina Agricultural Experiment Station at Raleigh (1979).