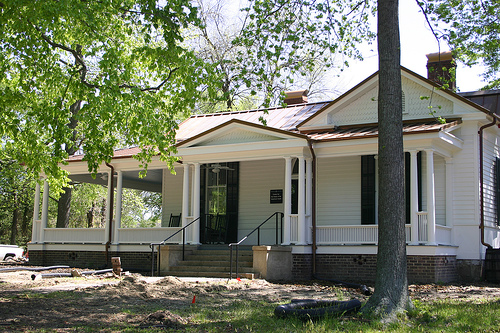 After the Civil War ended and Reconstruction had run its course, many southerners looked ahead to a brighter future. In the late 1920s and early 1930s, there emerged two disparate views on how the region could reconnect with the rest of the Union while maintaining its unique identity. One view, centered at Vanderbilt University in Nashville, Tenn., advocated agrarianism-a culture "of the soil" based on the old order and critical of those who would lead the South down the path of modernity, especially by displacing agriculture with industrialization. In I'll Take My Stand (1930), a book of 12 essays, the Vanderbilt agrarians issued a clarion call for the region to hold on to the social, moral, and economic ways of the past and not surrender its distinct historical and sectional identity.

At the University of North Carolina in Chapel Hill, sociologists Rupert B. Vance and Howard W. Odum, and other social scientists, advanced a second way to integrate the South into the nation. Their doctrine of regionalism acknowledged the differences between the South and the rest of the country, encouraging diversity while advocating the treatment of the region's problems in relation to the national welfare. In Human Geography of the South (1932), Vance declared that "the purpose of regionalism was to use the American South as a test of human adequacy to master the resources of a given region and to develop thereon a distinctive and component subculture." The task, as Vance perceived it, was to bring about a new southern "cultural and material renaissance." Odum's magnum opus, Southern Regions (1936), criticized the South's shortcomings while seeing hope in a future based on planned development.

As applied specifically to North Carolina, regionalism has allowed the state to embrace its role not only as a southern state but also as a state of the South Atlantic, the Southeast, and the mid-South region. Politically, these regional constructs have enabled North Carolinians to make common cause with other states in expressing educational, economic, environmental, and other concerns. One early manifestation of this regional cooperation in conjunction with the federal government was the Tennessee Valley Authority, created in 1933 to bring economic and social improvements to a region hard hit by the Great Depression. After World War II, a variety of regional organizations and associations developed to address particular issues. State leaders now participate in such organizations as the Southern Governors' Association (formerly Conference), the Southern Regional Education Board, and the Southern Growth Policies Board.

By the early 2000s North Carolina retained many demographic, economic, and cultural characteristics associated with the South, yet a variety of technological advances, changes in patterns of migration, and other factors have complicated the state's place within the region. The increasing urbanization and suburbanization of the state along the I-85 and I-40 corridors have been a significant factor in this transformation of the state's regional identity. North Carolina's cities and suburbs increasingly resemble those in other parts of the United States, and the diversified economy and social opportunities provided in these cities draw people from all over the country and the world, changing the ways North Carolinians understand themselves and their relationship to the greater South. Nevertheless, institutions such as the Center for the Study of the American South, based at the University of North Carolina at Chapel Hill, still play an important role in locating a distinct regional identity.