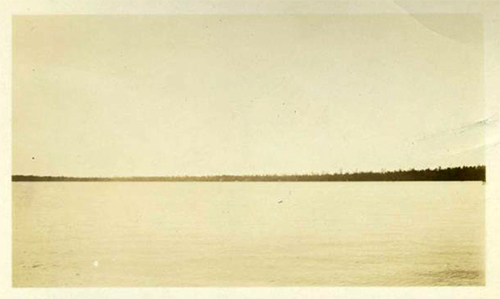 Singletary Lake was named for Richard Singletary, who received a grant of land in Bladen County in 1729. Since colonial times, the region surrounding Singletary Lake was settled and used for subsistence farming along its river lowlands and creek bottoms. Longleaf pines—primarily used for turpentine pitch and timber—were then prolific in the area. They were logged and used used for the production of naval stores.

State government interest in the bay lakes emerged in the early 1800s when legislation blocked further private claims on land covered by lake waters. Later, the General Assembly declared that any lake of 500 acres or more in Bladen, Columbus or Cumberland counties shall remain the property of the state.

By the early 1900s, due to the growth of the turpentine, lumber and cotton industries, the human population surrounding Singletary Lake increased beyond the soil's capacity to support it. With the fall of the cotton farmer and the exhaustion of the tar, pitch, turpentine and timber industry, a large segment of the population lived on submarginal land.

In 1936, through a federally financed work program, the National Park Service bought portions of the land surrounding Singletary Lake for a recreational demonstration project. One of two projects in North Carolina, the federal government purchased the land at an average cost of $4.51 per acre.

The land was managed by the Resettlement Administration until 1939, and during this period resettlement workers and local residents constructed Singletary Recreation Center, which included an office, maintenance building and recreation facilities. In addition, using local talents and materials, an infirmary building, ten cabins, a dining and recreation hall, and a workshop—a fully operational group camp—were also constructed.

The property was turned over to the state of North Carolina on July 1, 1939, for operation under a lease agreement. When Singletary Lake State Park opened that summer, it was used by Boy Scouts, 4-H clubs and similar organizations. These same groups and others continue to use the park today. 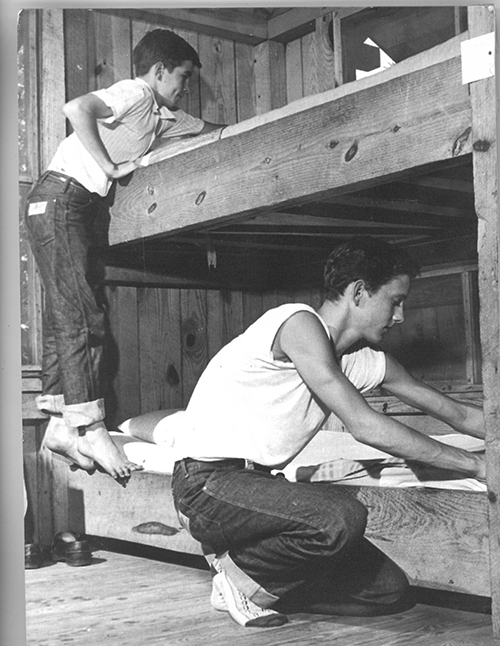 In October of 1954, Singletary Lake State Park officially became the property of the state. In addition to serving as a source of recreation, the park played other important roles in the area. During the 1945 flooding of the Cape Fear River, the state parks system cooperated with the Red Cross in disaster relief, and Singletary Lake was used as a refugee center. During world wars, the area was used by the Anti-Aircraft School from Camp Davis for special training programs.

Concentrated in the coastal plain of the southeastern United States are a series of elliptical or oval depressions. These depressions are called bays, named for the sweet bay, loblolly bay and red bay trees found growing around them. Of the 500,000 bays estimated to exist, most are small and few are greater than 500 feet in length. Singletary Lake, however, is approximately 4,000 feet long.

While in the past nearly all bays contained open water, today most are filled with wet organic soils and are overgrown with swamp vegetation. Only a few relict lakes remain. In addition to Singletary Lake, Baytree Lake, Jones Lake, Salters Lake, Lake Waccamaw and White Lake are included within the North Carolina State Parks system.

The origin of the Carolina bays has long been a matter of speculation and debate. Many hypotheses regarding how bay lakes originated have been proposed, and hypotheses include underground springs, the dissolution of subsurface minerals and meteor showers. So far, no single explanation has gained universal acceptance. One of the most supported theories proposes that, approximately 10,000 to 15,000 years ago when the region was covered by water, strong winds created water currents that carved the shallow depressions. Once the water recessed, these depressions formed the lakes we now call Carolina bays.

Bay lakes are shallow, ranging from eight to nearly 12 feet in depth. Though not the largest of the Bladen County lakes, with a shoreline of almost four miles Singletary Lake is the deepest at 11.8 feet. Like other bay lakes, Singletary is not fed by streams or springs but depends upon rainfall and runoff from the surrounding land. Therefore, the water level fluctuates with local precipitation.

Usually, vegetation is established almost completely around margins of bay lakes. Trees and shrubs along lake perimeters reduce wave and current action, permitting sediments to accumulate and encouraging new plant growth. Peat is produced gradually from dead organic matter along the shoreline, and eventually trees take root. Slowly, the bay forest grows into the lake. This process slowly reduces the size of the lake.

Today Singletary Lake is only 44 percent of its original size. Like other bay lakes, Singletary ultimately may be reduced to a moist bog. Singletary Lake is surrounded by typical bay vegetation. Trees include red bay, loblolly bay, pond pine and Atlantic white cedar, and shrubs include pepperbush, gallberry, leucothoe, huckleberry and sheepskill. Areas of the park with the highest elevations provide habitats for turkey oak, longleaf pine, blueberry and holly.

The park is home to songbirds, wood duck, pileated woodpecker and red-tailed hawk. The red-cockaded woodpecker, an endangered species, also resides at Singletary Lake. Catch a glimpse of a wild turkey, white-tailed deer or rabbit, or see their tracks in the sandy soil. Fence lizard, carpenter frog, southern toad and box turtle also reside in the park.

Located in the park and designated as a natural area by the Society of American Foresters in the early 1960s, the Turkey Oak Natural Area will remain in its natural state to be used for scientific and educational study. This 133-acre area, named for its predominant tree, consists of both a coarse sand ridge at the southeastern end of the lake and a portion of the bay bog.

All of the primary plant community types around the Carolina bays are represented. The rare white wicky, a relative of mountain laurel, grows in the area, as well as a variety of carnivorous plants.