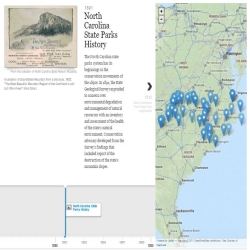 The North Carolina State Parks system was launched on March 3, 1915 when the General Assembly passed legislation appropriating funds to buy land for a park at Mount Mitchell. A year later, following the aquisition of 795 acres at the mountain's summit, Mount Mitchell became the state's first park and the first park in the southeastern United States. Today the North Carolina State Parks system covers 225,000 acres from the mountains to the sea.

State Parks (from the Encyclopedia of North Carolina)

*During the time Morse served in World War II, R.J. Pearce served in an Acting role.

(with links to NCpedia articles)

North Carolina Division of Parks and Recreation. 2015. "Here in This Place: A Celebration of North Carolina's State Parks." http://www.ncparks.gov/100/celebrate-our-centennial 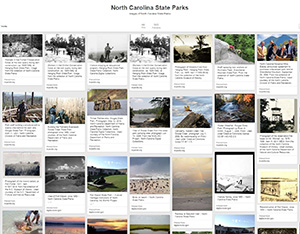 Cant Find Alot That Starts With A P. :P

I hope this helps! Please post back if you are looking for something different and need additional help.