Lillie Lenora Crocker Stanley (who went by "Lenora") was was a member of the U.S. Naval Reserve program Women Accepted for Volunteer Emergency Service (known as WAVES) during World War II. The WAVES program was established on July 30, 1942 to formally include women in the Navy. During WWII, more than 80,000 women participated in the program, and they filled an extraordinary range of military jobs. These included traditional secretarial jobs and also highly technical and advanced positions such as control tower operators, transport and test pilots and positions in military communications and intelligence gathering. The program was started to serve emergency personnel needs during the war. In 1948, women were at last given permanent status in all branches of the U.S. military with the Women's Armed Services Integration Act, ending the WAVES program. 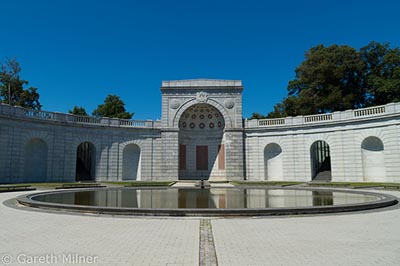 She graduated from Pine Level High School.  Following high school she wanted to join the Navy, so she moved to Norfolk, Virginia. Later in life she recalled that she wanted to join the Navy because she liked the uniforms and the fact that female Navy personnel had clean sheets on their beds in the bunk houses. When she presented herself to join the service, she was not yet 18 and was told that she had to be 18. She returned to North Carolina where she went to work at Seymour Johnson Air Force Base in Goldsboro.

When she turned 18, Crocker went to the U.S. Navy recruiting office in Raleigh to enlist during World War II. She joined the WAVES and was sent to boot camp in the Bronx, New York. She was then transferred to the Washington, D.C. naval barracks where she lived in Wade Quarters D. She held the rank of Specialist Q 3rd Class (communications specialist).

After the war, Crocker left military service to become a military wife when she married Haywood Stanley. Stanley was a U.S. Army soldier who had served in the European Theater during WWII. With Haywood Stanley still in the military, the couple went on to call many places home, including Arkansas, Oklahoma, Kansas, North Carolina, as well as Japan and Germany. The Stanleys had two children, Russell and Woody.

Lenora Stanley was active in the American Legion Auxilary in Four Oaks, North Carolina, once serving as District President. She was included in the Women in Military Service for America Memorial at Arlington National Cemetery in Arlington, Virginia for her service in the WAVES. She volunteered for a number of years at Johnston County (North Carolina) Memorial Hospital, and was recognized in 1993 with a Governor's Award for Voluntary Service from the State of North Carolina. She was also recognized as Four Oaks Citizen of the Year in 1994.

Lenora Crocker passed away on May 31, 2014 at Wake Medical Center in Cary, North Carolina.