Official Salute to the Flag of North Carolina 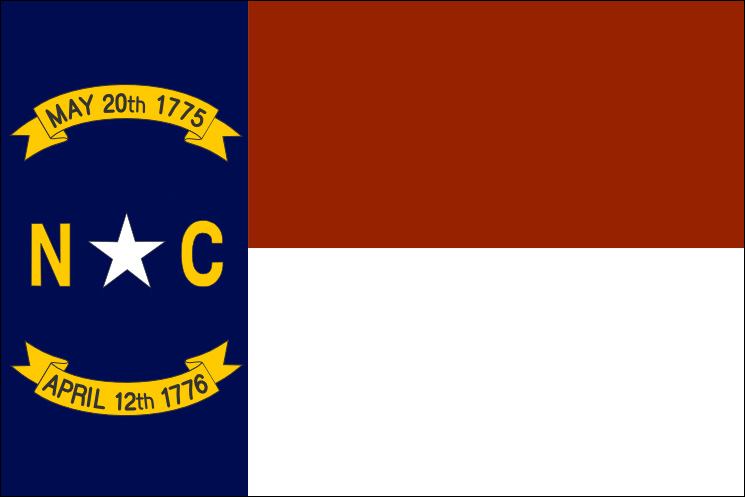 In 2007, the General Assembly approved the language for an Official Salute to the State Flag of North Carolina (Session Laws, 2007, c. 36).

Selection as the State Salute

Though the state flag has been required to be displayed at all state building and courthouses since 1907, the flag did not have its own official salute until one hundred years later. The bill to adopt the official state salute was introduced by Senator Katie Dorsett of Guilford County. General assembly members claimed the salute was a way to boost respect and loyalty to North Carolina. The bill passed unanimously in both the House and the Senate. The salute chosen had been in use for years by various political groups and women’s clubs, but had never before been written down in the law books.

About the State Salute

The phrase "I salute the flag of North Carolina and pledge to the Old North State love, loyalty, and faith." is adopted as the official salute to the North Carolina flag.

North Carolina is the seventeenth state to adopt an official flag pledge or salute.

The statutes relating to the salute are in the N.C. General Statutes, Chapter 144.

Please let us know what additional information you are interested in and we will try to help.

Yea I know North Carolina is

Yea I know North Carolina is the best. Cardinals is a good mascots

it was good but i could use

it was good but i could use some more information for my class progect ;)

Thanks for visiting NCpedia and taking a minute to comment on this article.  What additional information would be useful for your project?  Any additional specific comments you can share about your needs and experience will help us improve NCpedia.

Also -- you might find the links and resources helpful for additional information.  Where you see the blue text, you can click on the link to follow it to an additional resources or background information related to the article.  In this article, for example, clicking on the blue text takes you to the text of the general statutes of the N.C. General Assembly where laws regarding the state flag were authorized.

You might want to take a look at these articles in NCpedia on the state flag.  That might give you some additional information --  http://ncpedia.org/gsearch?query=state+falg.

I hope that helps!  Good luck with your presentation!