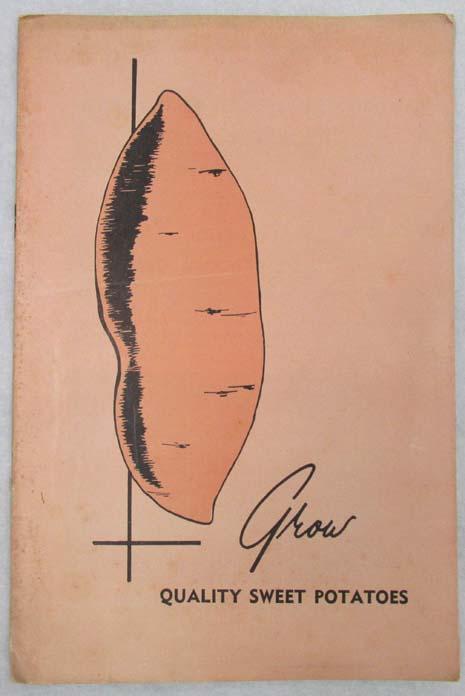 The sweet potato was officially designated the State Vegetable by the General Assembly of 1995. (Session Laws, 1995, c. 521).

Early discussions and bills for a State Vegetable occured in the 1980's and proposed collards and corn, however, none of these motions passed. In the 1990's, fourth grade students at Elvie Street School in Wilson, North Carolina petitioned the North Carolina General Assembly for the establishment of the sweet potato (Ipomoea batatas) as the Official State Vegetable after being inspired by a visit from their local congressman, Representative Gene Arnold. With the support of their parents and community they began a letter writing campaign to the state legislature requesting the adoption. In the summer of 1995, after two years of work, the bill was passed.

About the Sweet Potato

The sweet potato was grown in North Carolina by the Native Americans long before the European colonization of North America. Some scientist believe that sweet potatoes might have even been a food source for the dinosaurs.

North Carolina is the number one state in sweet potato production, growing nearly half of the country’s sweet potatoes. Wilson and Johnston counties are the top producers, but there are more than 60,000 acres spread throughout the state. The majority of production is located in the coastal plain because of its sandy soil and temperate climate.

There are hundreds of different varieties of sweet potato. They are usually orange, but can also be white, purple, or even deep red. All have an oblong body with tapered ends. The Covington, a very common type of Sweet potato, originated in North Carolina. It has rose colored skin, sweet orange flesh, and is popular for mashing and roasting. Other varieties from North Carolina include the Jewel, the Carolina Ruby, and the Porto Rico 198.

Sweet potatoes are high in vitamins A and C and low in fat. They have a low glycemic index, which makes them a good source of nutrients for diabetics. They are also very high in potassium, magnesium, and phosphorus. 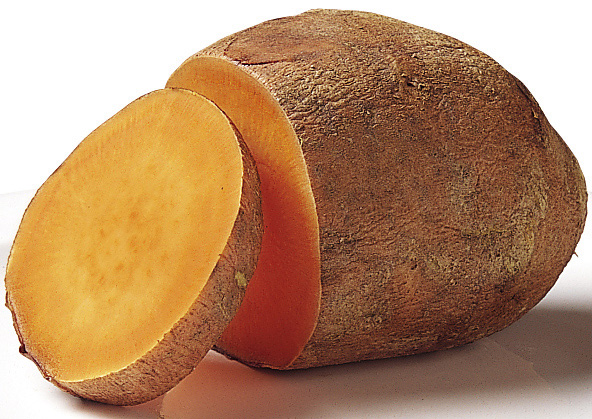 I love sweet potato but why

I love sweet potato but why are they the state simpol.

I do get sweet potatos mix up

I do get sweet potatos mix up with yams

Sweet potatoes and yams are

Sweet potatoes and yams are the same thing

how do i draw this?

how do i draw this?

why was the sweet potato

why was the sweet potato chosen as the state vegetable

That's a great question! State symbols are adopted by the General Assembly and the Assembly passes legislation that adopts a particular thing as a state symbol. Often the language of the passed legislation tells something about why the particular thing was chosen.  In this case, the bill doesn't tell us much -- you can read it here: https://www.ncleg.net/EnactedLegislation/SessionLaws/HTML/1995-1996/SL19....

If you look back at this article, you'll see the places where it talks about how important the sweet potato has been to North Carolina, both for the livelihood of farmers and as a food staple for the areas historical tribes and settlers. That should give you an idea of why it was selected.