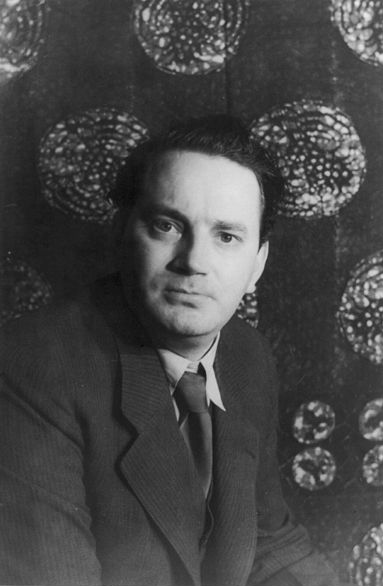 Thomas Wolfe was born in Asheville in 1900. In public schools and later in a private academy, he observed carefully the life around him. He stored away in his mind the ten thousand  impressions later to be used in the most impressive books ever written by a North Carolinian. The town of Asheville was just then expanding into a bustling resort. But young, tall Tom Wolfe was not satisfied. He was always looking out beyond the hills which he said "hemmed" him in. Thomas attended North State Fitting School, a private prep school, until age fifteen when he entered the University of North Carolina at Chapel Hill and, before his graduation, became one of the most important figures on the campus. Active in the Dialectic Literary Society, the campus newspaper, and Pi Kappa Phi fraternity. Besides majoring in English, he was also one of the first members of Carolina Playmakers, a theatrical course taught by Frederick Koch.

Determined on a career as a professional dramatist, he went to Harvard, completing a Master of Dramatic Arts in 1922. When his plays were not accepted immediately by Broadway producers he began teaching English at Washington Square College. On a trip abroad he suddenly started writing out the vivid recollections of his boyhood in Asheville, which he called Atlamont. The result was Look Homeward, Angel (1929), a novel that is one of the high marks of American fiction, one later made into a successful Broadway play. It tells of the experiences of a sensitive lad in a mountain town and later in college at Pulpit Hill (his name for Chapel Hill). Other long novels pursuing their career of the autobiographical hero are Of Time and the River (1935), The Web and the Rock (1939), and You Can't Go Home Again (1940). There are numerous books of short stories, plays, essays, poetic passages, and letters.

Look Homeward, Angel was quite successful on publication; so Wolfe, with the aid of a Guggenheim Fellowship, gave up his teaching post and went off to Europe to write. Thereafter, he lived for the most part in New York. He was never married. Particularly he wished to see all of the America he wrote about. On a trip to the Northwest he became ill and died of a brain operation in Baltimore on September 15, 1938.

The Thomas Wolfe Memorial is located in Asheville, NC.