Act of Pardon and Oblivion 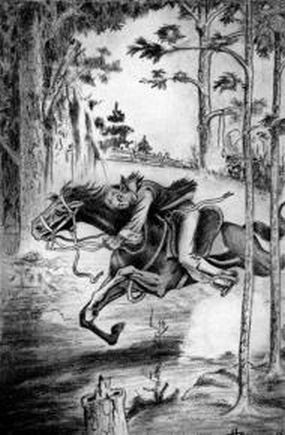 The Act of Pardon and Oblivion was passed at Hillsborough by the North Carolina General Assembly of 1783, the state's first legislature to convene after the Revolutionary War. The act embodied the most important of several 1783 measures regarding the treatment of North Carolina Tories, or Loyalists. It originated as a moderate bill, drawn up by Archibald Maclaine and introduced in the House of Commons (Lower House) by William Cumming. Both men were members of the House Committee on Public Bills. Maclaine's desire for clemency for Loyalists was grounded in the Wilmington lawyer's conservative philosophy and shaped by his friendship with several Loyalists.

The bill passed the first reading in both Houses of the legislature on 7 May 1783. No further action was taken on it until after Maclaine left Hillsborough just three days prior to the end of the session. At that point the bill underwent significant changes that reflected a harsher stance toward Loyalist concerns. Prior to the Declaration of Independence, a series of laws passed in the state had confiscated first movable goods and later all property of persons who joined or aided the British. After the war, the emerging peace treaty with Britain called such laws into question. Already the November 1782 Preliminary Articles had stipulated that the Continental Congress would urge states to allow Loyalists to return home and regain their confiscated property. In North Carolina, the final form of the Act of Pardon and Oblivion, while pardoning all but a specifically designated class of Loyalists, also confirmed the state's earlier anti-Loyalist legislation in the face of the peace treaty, protecting past, present, and future purchasers of confiscated land from any attempt of the Continental Congress to fulfill its treaty obligation.

The final clause of the act listed categories of exclusion from the projected pardon, including those who had become officers in the British army or had left the state with the British and stayed away for more than a year. Loyalists Samuel Andrews, Peter Mallet, and David Fanning were specifically excluded. The act concluded by also withholding pardon for those who had committed "willful and deliberate murder, robbery and house-burning."

Almost as soon as it was passed, the Act of Pardon and Oblivion was used successfully by nine defendants accused of treason in the May 1783 term of the Wilmington District Superior Court. Each of the nine, after pleading the act, was discharged after paying court fees. Significantly, Mallet's treason case in the same court was handled differently. Mallet did not appeal to the Act of Pardon and Oblivion since its exclusions named him. Instead, he underwent a trial in which the jury agreed that he had met the conditions of the governor's proclamation of pardon. Apparently this referred to a December 1781 proclamation in which Governor Alexander Martin had offered pardon to Loyalists who would enlist in Continental service by 10 Mar. 1782.

The Act of Pardon and Oblivion was only one way in which the 1783 General Assembly addressed the issue of Loyalist property and legal status. Another 1783 act gave county courts more supervision over commissioners of confiscated property. In addition, a new law suspended the statute of limitations for the period between 4 July 1776 and 1 June 1784. Suspension enabled creditors to sue for debts that had been unrecoverable during the war. Its final clause, however, denied any benefit of the act to persons either "included within the description of . . . the confiscation laws" or who "have withdrawn themselves from the common defense of the country during the war" or to their agents or heirs. Thus creditors could sue Loyalist and British debtors for old debts, but Loyalist and British creditors (most conspicuously British merchants) could not reciprocate. Another act made it clear that persons who had been active Loyalists could not become citizens simply by taking the oath that the state required for militia service.