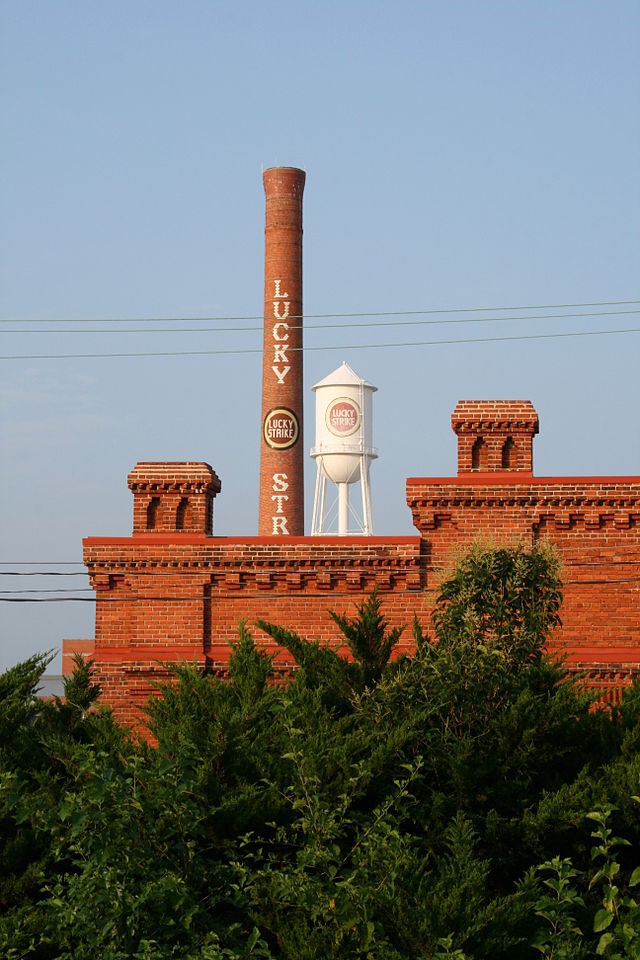 In 1987, cigarette manufacturing ended at the American Tobacco Company in Durham, N.C., after nearly 100 years in the city’s economic life.  Then it sat for several years until purchase in the early 1990s by Capitol Broadcasting Company which began efforts to launch the site’s reuse. Following renovation, GlaxoSmithKline became the first business to move into the newly repurposed campus on June 24, 2004, ushering in a new era in the entrepreneurial history of Durham.

The original buildings of the W. T. Blackwell & Company Factory, with portions constructed beginning in 1874, were the historic core of the site, and in 1977 the original factory building was listed as a National Historic Landmark.  The Blackwell company created the first national tobacco brand through marketing its Bull Durham Tobacco and at one time the landmark was considered the world’s largest tobacco factory.  In 1899, Washington Duke purchased Blackwell’s Durham company, transforming it with automated cigarette production and introduction of the iconic Lucky Strike brand.  The old Lucky Strike water tower and smokestack remain as visual and memorial landmarks.

Capitol Broadcasting Company began to express interest in rehabbing the facility in the late 1990s, and after the city and county of Durham, the A.J. Fletcher Foundation and Self-Help committed to pitch in on the project, construction began.

The $200 million project helped jumpstart the revitalization of downtown Durham, and today the dynamic campus features a stunning water feature, grassy areas for enjoying concerts, and restaurants.  Anchor tenants have included North Carolina Public Radio, Duke University, Burt’s Bees and the Durham YMCA. In 2010 the American Underground was added as a tech hub for startup ventures.