Cherokee Removal and the Trail of Tears

The Cherokee had signed treaties with the United States guaranteeing their right to their land. They tried to adapt themselves to life with their white neighbors. By 1830, they had a written language and their government had a written constitution; many Cherokee practiced a European-American style of agriculture and had converted to Christianity. Nevertheless, most white Southerners wanted rid of them — and wanted their land. In 1836, the Cherokee were forcibly removed to what is now Oklahoma along what came to be known as the “Trail of Tears.” Only a tiny group remained in their ancient homeland.

In this chapter we’ll read the words of both Cherokee and whites. We’ll evaluate the changes taking place in Cherokee life, the reasons for their forced removal, and the costs of the Trail of Tears. 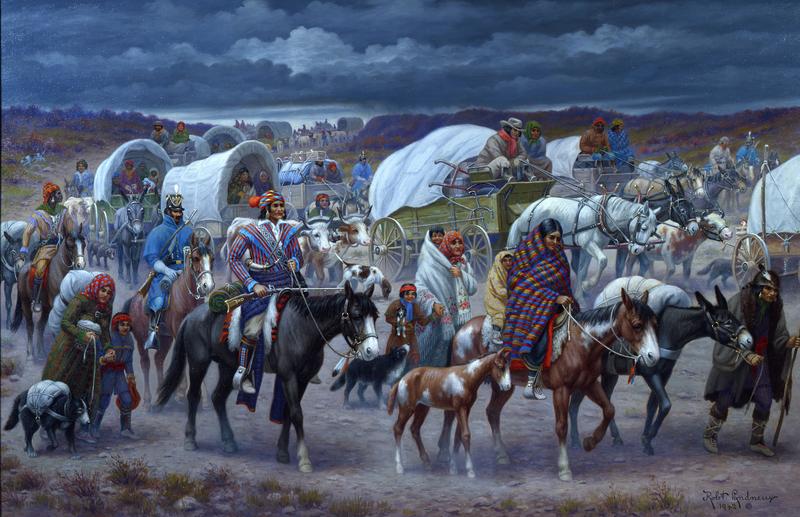