Most of us take food for granted, but feeding 3.5 million men on active duty — and losing many thousands of farm workers to industry and the military — put a strain on the nation’s food system. Rationing was imposed early in the war, and Americans were urged to plant “victory gardens” and can produce at home. Kids, too, were “mobilized” through 4-H clubs to help the war effort in any way they could.

In this chapter you’ll learn about the science behind soldier’s rations and the culture of victory gardens. You’ll also explore the varied and impressive ways that North Carolina’s teenagers helped the war effort. 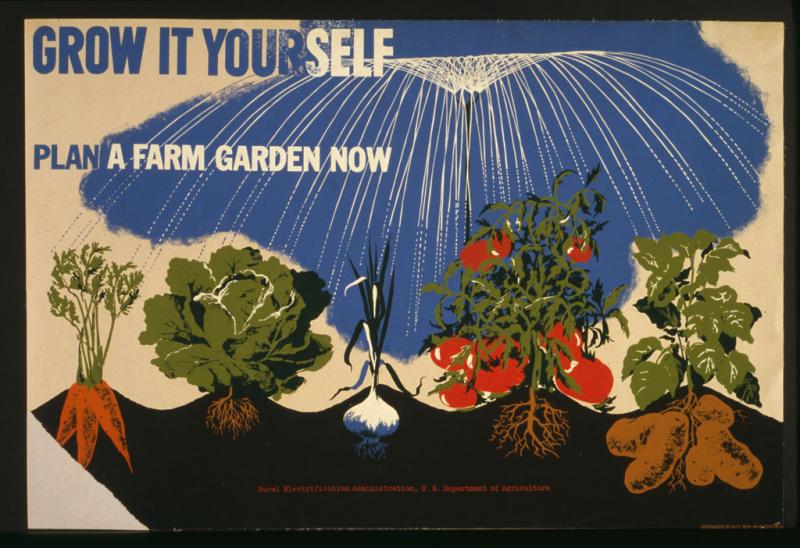 To make up for food shortages, Americans planted victory gardens and canned vegetables at home. Kids, too, were “mobilized for victory” on the home front.