Designed for secondary students, this second chapter of our web-based “digital textbook” combines primary sources with articles from a variety of perspectives, maps, photographs, and interactive multimedia to tell the many stories of colonial North Carolina and explores the political, social, and cultural history of the state from the first successful English colonies in the 1600s to the eve of the Revolution in 1763. 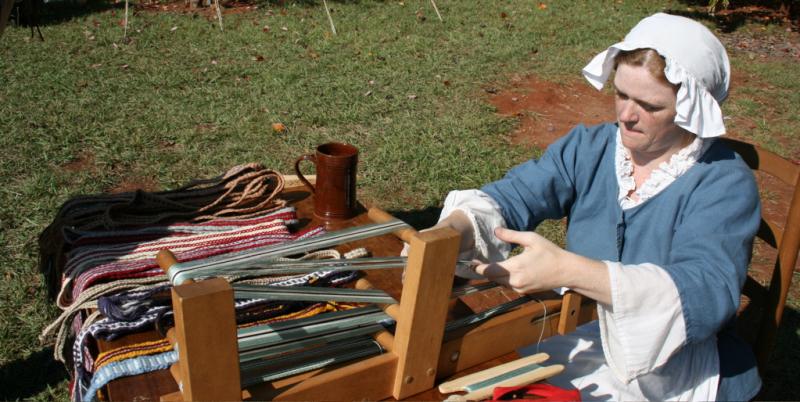 Woman weaving on a loom.