North Carolina emerged from Reconstruction a new state in a "New South." But what would that New South look like? Reformers and industrialists built factories and railroads, established businesses, and expanded cities. Farmers struggled to keep their land and their way of life in the face of increasing economic pressures. African Americans took advantage of new opportunities, while conservatives fought to reestablish white supremacy. And the changing culture of the urban middle and working classes made its way into North Carolina, bringing new technology, new consumer goods, new patterns of living, and new opportunities for women.

Designed for secondary students, part seven of our web-based “digital textbook” explores the political, economic, social, and cultural history of the state in the last decades of the nineteenth century and combines primary sources with articles from a variety of perspectives, maps, photographs, and multimedia to tell the many stories of North Carolina: 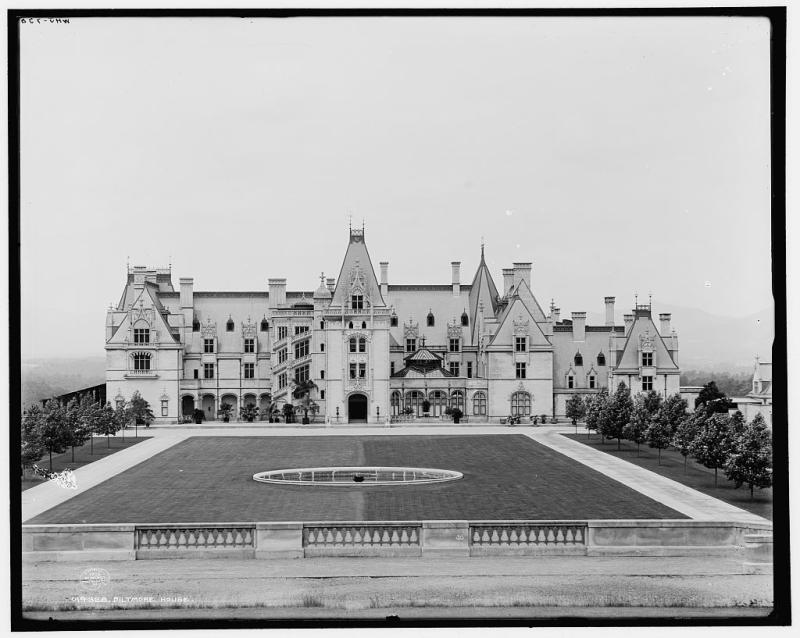 This photograph of Biltmore Estate was taken by William Henry Jackson, c1902. It is located near Asheville, N.C. Its extravagance is representative of Gilded Age architecture.