In the colonial era, the area today known as the North Carolina Piedmont had never been well-governed. In the 1760s, farmers began to organize in protest against high taxes, unfair fees, and corrupt public officials. These protesters became known as “Regulators” because they wanted to regulate the colonial government. But what began with petitions and civil disobedience ended in a violent clash of militias at the Battle of Alamance in May 1771. There the Regulators were decisively defeated.

Was this the first battle of the Revolution or just a local uprising? Were the Regulators resisting oppression, or were they a violent mob trying to get out of paying their debts? In this chapter you’ll have the opportunity to read the words of the Regulators and their opponents and to decide for yourself. 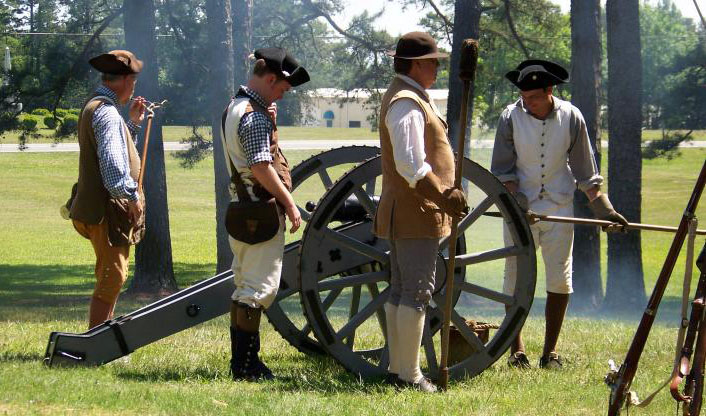 Re-enactors bring history alive at Alamance Battleground, as they prepare a cannon for firing at a re-enactment of the May 16, 1771 battle. Several years of conflict between frontier protestors and Governor Tryon erupted into battle that day.